The Commission on Human Rights and Administrative Justice (CHRAJ) has advised women and vulnerable persons to eschew fear and report cases of domestic violence and other forms of rights abuse against them for assistance.

According to the Commission, the constitution guaranteed equal basic rights and responsibilities for all citizens, including women and urged them not to and allow their rights to be trampled on.

The forum was organized by the Equal Rights and Opportunities for Women and Girls (EROP) Project Support Team in the community after receiving training from the Africa Centre for Human Rights and Sustainable Development (AfCHuRSD) to champion the issue at the community level.

Mr Sabutu also appealed to men to respect the rights of women and desist from abusing them, adding that a happy, peaceful, and prosperous home respected the rights of everyone as enshrined in the constitution.

Inspector Francis Forson Ackon of the Criminal Investigation Department of the Ghana Police Service in the Jirapa Municipality noted that issues of domestic violence were quite common within the Municipality.

He cited low self-esteem, ignorant display of masculinity and drug abuse among men as some of the common causes of domestic violence in the Municipality.

Inspector Ackon pointed out that apart from depression and anxiety, domestic violence also served as a negative influence on the children as well as brought extra economic burden on the family.

He urged the people not to wait for the issues to happen for them to go and report but take steps to rather sensitize everybody in the community to be aware and avoid perpetuating them.

“Today’s forum is a step in the right direction and I want to commend the EROP Support Team and AfCHuRSD for the initiative,” he said.

Naa Edward Gyewaa-Dooh, the Chief of Wulling, noted that the people were not aware of some of the rights issues and were optimistic that continued education would help.

He said the elders and the EROP Project Support Team would continue with the education in the community to ensure an understanding of the issues.

Naa Gyewaa-Dooh said he had on some occasions referred cases to the CHRAJ office in Jirapa but noted that with the education, the people would be willing to report if they felt their rights were being trampled upon.

Madam Mary Tuuro, one of the women in the community, said the practice where some men sell the produce in the house leaving their wives to struggle to feed the family would no longer be there because the women would no longer keep quiet.

Mr David Ganye, an Officer of AfCHuRSD, noted that the project sought to ensure that women and girls in Ghana realised their human rights and utilize opportunities to better their lot.

EROP is being funded by the Dutch Embassy in Ghana with implementation partnership by GH Alliance, AfCHuRSD and WOMEN IN NEED (WIN). 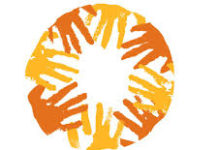 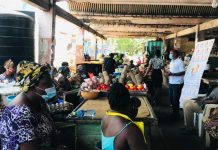 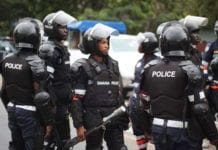 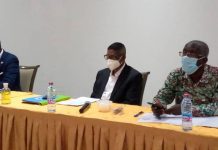