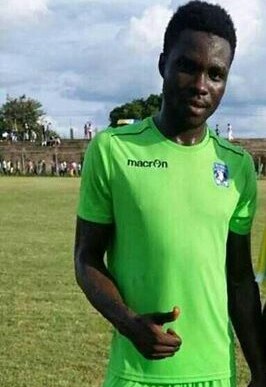 The famous win pushed the Hunters close to the top-four zone of the log having now accumulated 21 points, a point behind Ashgold, who occupy the fifth position.

For the Miners, it was their first home defeat of the season, and the reaction from the staunch supporters summed up their frustration, especially in relation to the frequent changes in the technical department of the team.

The homers right from the outset lacked steam, cohesion and determination, and the visitors would take advantage of the Miners’ lukewarm attitude to control the game in most departments.

Spearheaded in attack by Konkoni and Prince Kwabena Adu, the Hunters defied their underdog status, taking the game to their opponents and succeeded to create many chances in the initial stages.

Ashgold just as they seemed warming themselves into the game would be punished by Konkoni as he smashed home the only goal of the match in the 31st minute to inspire the visitors to victory.

The goal came barely a minute after Ashgold defender Samed Ibrahim had cleared the ball off the goal-line to deny the Hunters from scoring, following a defensive blunder by goalie Frank Boateng.

The Miners attacked in droves in the second session of the game with the aim of fetching the equalizer, but the visitors remained resolute in defence till the match ended.