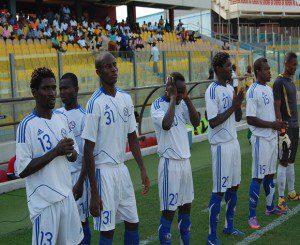 Ghanaian side Bechem United will hope to secure a partnership during a pre-season tour of Saudi Arabia this month.

The Bechem-based side confirmed this week, it will embark on a tour of the gulf later in December.

The Ghanaian club will play three friendly matches during their stay in Saudi Arabia in preparations for the start of the new season.

According to a local online portal footballmadeinghana, officials of United will use the opportunity to strike partnership and sponsorship deals with some top clubs and companies respectively.

But the recent poor economic conditions have hit them badly, leading to the decision to venture into agriculture to raise funds.