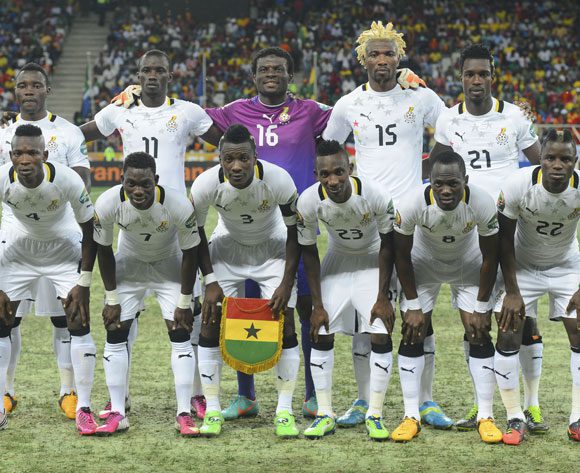 A soft smile creased my face as I repeated it in my head; Kwesi Appiah?s Untouchables! That surely, will make for an intriguing Hollywood flick. But thousands of miles away from Hollywood in Achimota, it started forming in my head and just then, I saw faces.

Another smile creased my face as I pictured the expressions that may form on your faces! Yeah, that one on your face now! Well, well, well, this is no script for a horror movie; it?s just the faces of the ?untouchables? that I see.

Over a radio interview in the course of the week, coach of Ghana?s senior national football team, the Black Stars, James Kwesi Appiah provided little clues, but gave indication that he has a fair idea of 20 players who could make up the final 23 man squad to represent Ghana at the 2014 World Cup in Brazil in June.

Well, you can guess the chess game that followed in the media and social circles. Who are these ?untouchables??  ?Who is an ?untouchable??  The guessing game continues and I am happy to jump on. Come guess with me, I could use some company you know.

Well, let?s begin by refining our search; first, by narrowing down to who an untouchable is. In football parlance, an ?untouchable? is player who is influential and very key to the fortunes of his team, either by past performance or current form, or is just a plain favourite of the coach; in an Osu fan?s vocabulary, this kind of player is ?un-droppable?; he cannot be dropped from a set squad, he cannot be touched, hence the moniker ?untouchable?. Now, let?s travel to ?Guess-ville? and uncover Kwesi Appiah?s untouchables.

His choice to move to South African club, Orlando Pirates last year has been severely critiqued.  Being Ghana?s number one goalkeeper, Ghanaian fans showed concern as week in week out, he warmed the bench.

He hadn?t enjoyed any game time in the South African top flight until only last week, when Pirates number one, Senzo Meyiwa picked up an injury thus pavng the way for Fatau Dauda to make his debut.

More games aren?t guaranteed, especially if Meyiwa returns, but even if Fatau doesn?t get a lot of games, he will go to Brazil mainly to reward his past performance.

Norway based Adam Kwarasey, who was dislodged from the number one position by Fatau, showed good club form last season and is expected to be given more opportunities in the upcoming friendly matches.

His position as number one may be in question, but not his place on the squad, He will go to Brazil too unless an unforeseen streak of bad form or emergence of credible competition from Aduana Stars goalie Stephen Adams, South African based Daniel Agyei or Spain based Brimah Razak.

France based Jonathan Mensah is now playing and enjoying his time at Evian. John Boye has returned to action at Rennes after a long layoff. Once Boye regains full match fitness, he and Jonathan are definite picks for Brazil.

When these two central defenders were injured late last year, Turkey based Jerry Akaminko and former Asante Kotoko player, Rashid Sumaila, now with South African side Sundowns, deputized ably in the final play off versus Egypt and barring any loss of form or injury, Sumaila and Akaminko will fill the other 2 spots reserved for central defenders.

Isaac Vorsah who hasn?t played since the European season kicked off, is not expected to return soon, and even when he does, he may not be match fit. Now, let?s shift to the small matter of the full backs.

Daniel Opare, a right back by trade, has survived career changes but has found a home at Standard Li?ge in Belgium and is enjoying regular playing time.

Tunisia based Harrison Afful and Samuel Inkoom, who just moved on loan from Ukrainian side Dnipro to Greek club Platanias for playing time, are the other full backs who will be on the plane.

These three players are a shoe in for Brazil because of their versatility to play either right or left back.

First on the list is Kwadwo Asamoah. A regular with Italian side Juventus, Kwadwo is an easy pick as he provides options as a wing back or in central midfield. Another Italian based player who provides options is Emmanuel Agyemang-Badu.

He can be used in defensive or offensive midfield and is always a goal threat. In defensive midfield, Michael Essien who just moved to AC Milan due to lack of playing time at Chelsea, is expected to bring his experience just like his new team mate Sulley Muntari, who is also an option in midfield or on the left wing.

On that left wing also will be Christian Atsu, signed by Chelsea and loaned to Dutch side Vitesse. Atsu has been in good form and hasn?t done his world cup chances any harm. Andre ?Dede? Ayew just made an injury return and will peak just in time for the Black Stars.

He too is an option on both left and right wings. Mubarak Wakaso may not be having the best of times at new Russian club FC Rubin Kazan, but which coach wouldn?t want to have this hard working left winger midfielder who can also be deployed on central or defensive midfield.

Then there is injury prone and controversial Kevin Prince Boateng. He clearly is suffering from a bad knee which has seen his time on the field limited for his new club Schalke in Germany.

When he has been on the field, Boateng, who can operate in central midfield, right wing or as a second striker has proven himself by scoring 6 goals so far. If he stays healthy, there is no doubt he will be in Brazil both for footballing reasons and his sex appeal (well, the ladies said so).

There are only two untouchables in attack; UAE based Asamoah Gyan and Abdul Majeed Waris. Well, Gyan apart from enjoying a scoring form for both club and country is the captain and it will only take injury for him to miss out on Brazil.

Waris on the other hand, has earned his place; he scored  in 3 goals in the World Cup qualifiers and when he wasn?t getting game time at  Russian outfit Spartak Moscow, he moved to French club Valenciennes where he has score 2 goals and made four assists in five games so far. If he keeps a decent form, he will surely be Gyan?s partner in Brazil.

So there you are; 19 untouchables, one short of Kwesi Appiah?s 20. Like staking a lottery, this is my personnel forecast for the Black Stars World Cup squad; the faces of Kwesi Appiah?s ?untouchables?; never mind its depreciating value, you can surely bet your last One Ghana Cedi on this forecast.