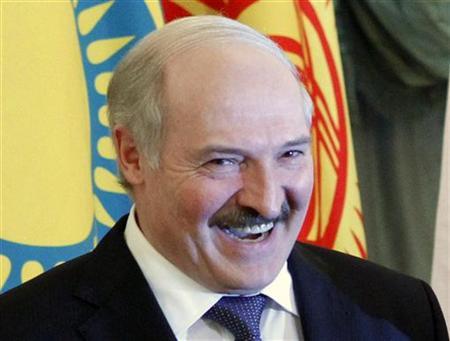 The Belarusians believe that life and justice will defeat barbarism and death, Lukashenko said during the wreath-laying ceremony at the Victory Monument in downtown Minsk on the occasion of the 71st anniversary of Victory in the Great Patriotic War.

“But this victory will need courage and sacrifice of all people and nations who want to live in peace, and need their unity in the face of danger,” said the Belarusian leader.

Lukashenko stressed that some European countries with strong military capabilities bowed to Nazi Germany, and some did so even without a fight. “And only the Soviet people, who had not yet recovered from the revolutionary upheavals and the long civil war, did not lose heart before the fascist armada,” the president said.

“Belarus has paid dearly for the victory. The Nazis made our flourishing region into a monstrous conveyor of death, creating here some 260 camps and 110 ghettos,” said Lukashenko.

“Arrests, tortures, executions, gallows were commonplace trappings of that regime and our beautiful Minsk. The fascists wiped out thousands of Belarusian villages, of which over 600 were burned together with real people,” said the president, adding that “we will never forget those who died for our freedom.”

On June 22, 1941, Nazi Germany attacked the Soviet Union at dawn, triggering the Great Patriotic War which lasted till May 9, 1945. Enditem