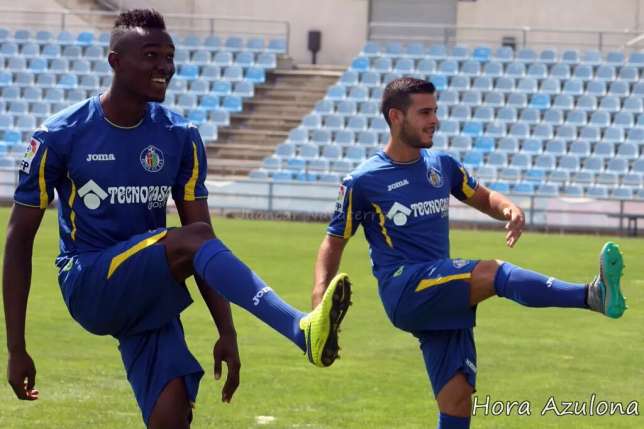 Spanish Club Getafe have confirmed midfielder Bernard Mensah has been invited for Ghana?s international friendlies against Peru and Canada.

The 20-year-old midfielder will travel to Washington this week to join his international colleagues ahead of the games this weekend.

Ghana will take on Peru on the 9th of October before playing Canada four days later.

The former Vitoria Guimaraes midfielder joined Atletico Madrid in the summer but was swiftly loaned out to Getafe to gain more playing time and adapt to the Spanish game.

He has since made just a cameo appearance in his side 1-0 win over Malaga two weeks ago.