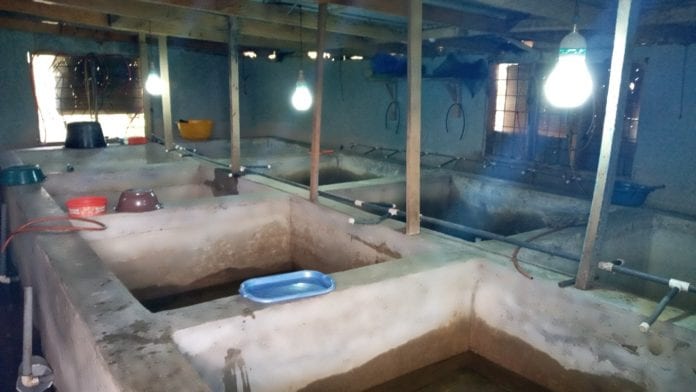 The Chief Executive Officer of Black Gold Farms, Mr Derek Adjei-Sika, has expressed his excitement to have won the best fish farmer in the Akuapem South Municipality despite losing 3000 fish three weeks ago.

He said the recognition of his hard work has encouraged him to expand his catfish farm which consists of 10 five by five meters ponds.

Mr Adjei-Sika in an interview with the Ghana News Agency at Pokrom said that he ventured into fish farming just for pleasure.
Ghana is a nation in which fish is the popular delicacy, consisting of about 60 per cent of animal protein in the Ghanaian diet.

Studies show that fish availability in Ghana mainly comprises 47per cent harvested, 18 per cent, imported, 3per cent farmed, and 32 per cent deficit.

The percentage of fish produced by farms is minimal hence it was good for Ghana to acknowledge fish farmers as encouragement for other citizens to venture into fish farming.

Ms Ernestina who for the first time after farming for 10 years has won an ward said she was proud of her achievement.
The Chief of Aburi, Nana Otubuo Gyan Kwesi II, pledged GH¢3000.00 to the female farmer and GHc 2000.00 to the next male farmer to consolidate the gains made in the municipality.