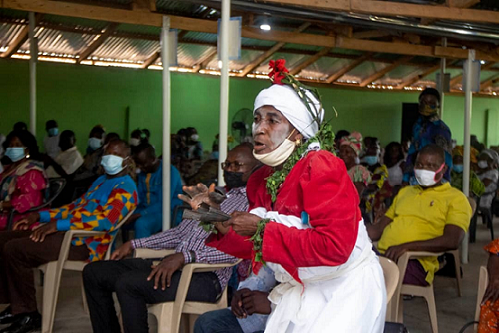 The Bethel Light Sanctuary (Sanctuary of the Old) in Fodome Kordzeto in the Hohoe Municipality, has marked its second anniversary.

It was on the theme: “Fight against alcoholism and substance abuse: the role of the Church and other stakeholders.”

Mr Joshua A. Tumawu, Acting Administrative Officer of the Church, said the anniversary’s theme was for the Ministry and stakeholders to see how they could liaise together and accomplish it.

He said the leader of the Church was commissioned to pull down “every demonic strongholds and those suffering from any form of addiction including; alcoholism, substance abuse and pornography.

“These things do not take rehabilitation centres to curtail or salvage the addicted. It takes the power and divine intervention of God to be able to rescue them.”

He noted that although there were many rehabilitation centres, yet cases of alcoholism and substance abuse were on the rise.

Mr Tumawu said liaising with stakeholders including; National Commission for Civic Education (NCCE), Commission on Human Rights and Administrative Justice (CHRAJ) and the media was crucial because “this battle is not for the church alone.”

He called on society not to look down or despise people who were addicted to alcoholism and substance abuse adding that “it is not a desire but as demonic influence.”

The Officer also stated that the Church stood firmly against LGBTQI

Mr Ernest Amedior, Hohoe Municipal NCCE Director said the theme was appropriate looking at what was happening to the youth describing it as scary and there was also the need for educating the youth especially, to become responsible in future.

“They must know the bad effects of alcoholism because most of them believe drinking alcohol solves problems.”
He said the Church, coming on board with such initiative would benefit most communities in the Municipality.