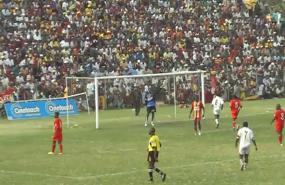 Ghanaian football lovers who’ve been enjoying the AFCON
tournament now have reason to keep the adrenaline rush going. The 2017 Ghana Premier League (GPL) starts this weekend, meaning fans will have another nine months of exciting football to look forward to. 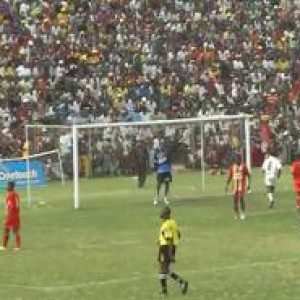 Though the Ghana Premier League has seen difficulties in the past, this season has seen a substantial contribution from corporate Ghana to keep everything running smoothly.

Aside from sponsoring the league itself, corporate bodies are fiercely competing to be in a position to support the league in various ways. This year will see Ashgold SC play their home matches at a newly branded stadium. The Len-Clay stadium, which is the home ground of Ash Gold SC, has been branded by Betway Ghana to meet global standards and give fans a feel for a Ghana Premier League like never before. This comes in the wake of a two-year sponsorship deal struck between Betway Ghana and Ash Gold SC.

Speaking on the branding and expectations for this year’s league, Marketing Manager for Betway Ghana, Kwabena Nkrumah said, “Betway Ghana considers the rebranding of the Len-Clay stadium a huge part of its logistical sports investment. Indeed, it is a testament to our commitment in supporting sports development in Ghana. We remain focused on transforming Ghana’s sports industry through well-conceived interventions.”

Betway Ghana is not only branding the Len-Clay stadium. The mobile sports betting operator has also secured new kits for the Ashgold SC team. In November 2016, Betway unveiled the various jerseys in a first-of-its-kind unveiling ceremony in Ghana. This event got the whole sports fraternity talking about the class and panache with which the team would be entering the 2016 Ghana Premier League season. The support received by Ashgold SC is also expected to whip up increased home support for the club. Home fans of Ashgold SC are expected to fill the Betway branded Len-Clay stadium to cheer their team on to expected victory.

Operations Manager for Betway Ghana, Magnus Rex Danquah Jnr., also indicated that the kick-off at the Len-Clay stadium this year will be spectacular for fans of Ashgold SC. “We at Betway are excited about the Ghana Premier League. Naturally, we hope Ashgold SC goes on to win all its games – particularly those played at home.”

The Betway Group is a leading provider of first-class entertainment across sports betting, casino, bingo and poker. Launched in 2006, the company operates across a number of regulated online markets and holds licenses in the UK, Malta, Italy, Denmark, Spain, Belgium, Germany, Kenya, Uganda and now Ghana. Based in Malta and Guernsey, with support from London, Isle of Man, Stockholm and Cape Town, the Betway team comprises over 1,000 people.
Betway is also the official principal sponsor of Premier League football club West Ham United, the UK Premier League Darts and the UK Snooker Championships.

Former UG student opens up on addiction to gambling

6 reasons why you should take up betting online