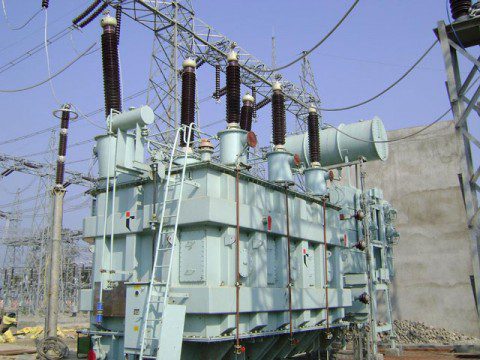 Dubbed: “The Beyin Power Project,” it is expected to produce 140MW gas fired power in August next year and another 160MW by close of 2017, under a 300MW Power Purchase Agreement to supply energy to the Ghanaian Grid.

The plant which would be fuelled by gas from the Gas Processing Plant at Atuabo through a four-kilometre pipeline would make use of Ghana’s substantial natural gas reserves and would be the first development in the region to utilise Organic Ranking Cycle, which captures waste heat from the plant to generate additional energy.

At the launching of the Beyin Power Plant, in Accra on Friday, Mr David Brigidi, Chief Executive Officer of Wuta Energy said a 59- acre land has been cleared, with technical survey already done.

He said five consortiums are working under the partnership to ensure that the 2016 and 2017 timelines set is duly met.

He said more than 300 million dollars is being invested in the project, under which a 25- year power purchase agreement has been signed with the Electricity Company of Ghana to be supplied power for distribution to the public.

Mr Brigidi said: “We believe that this project will continue to drive development in Ghana and look forward to working together with CCL to generate long-term power solutions for Ghanaian communities”.

He explained that compensation has been paid to members of the Beyin Community whose farm lands have been affected in the acquisition while preparations are being made with the chiefs for the full payment of the land at the cost of 336,000 dollars.

Mr Deepak Khilnani, Chairman of CCL said since the discovery of Ghana’s natural gas reserves, it has been expected that gas would play a prominent role in the country’s energy sector.

He said as a leading organisation in the industry, CCL is thrilled to be taking steps towards meeting Ghana’s energy needs.

He said in furtherance to the improvements to the Ghanaian power supply, as well as the environment, local workforces would be contracted to construct, operate and maintain the plant.

This not only delivers a very significant economic benefit but significantly improves the environmental impact of the power plant.

“We want to utilise the energy and talent of local Ghanaians to make this project a social, as well as an economic success. We firmly believe it will have a positive impact on both short and long term local employment,” says Mr Khilnani.

He therefore called on stakeholders and other local community members to support the partners to ensure that the project comes to light to help address the power crisis that Ghana now face.

He said in the pursuit to developing the power plant, the interest of the local people is also being highly considered as plans are afoot to engage in corporate social responsibility by exploring educational and health projects to be carried out within the Beyin Community.

Mr Emmanuel Armah-Kofi Buah, Minister of Petroleum who witnessed the signing of the agreement between CCL and Wuta Energy, welcomed the two organisations for forming the partnerships and collaborating with Ghana to find solutions to the power challenge, describing the Beyin Project as very important.

He said Ghana is working to ensure that more gas is produced to support in power generation in the country.

He said more than 100 million cubits of gas is currently being produced by the Ghana Gas Processing plant, while additional gas would be produced from the TEN project, and that would really help in the Beyin Power Plant project.

“It has been projected that by 2019, the country will be producing about 500 cubits of gas to help Ghana’s efforts at making the power crisis a thing of the past”.

Awulaye Annor Adjaye III, Paramount Chief of Western Nzema Traditional Council, said the project would positively impact on the lives of the people within the Jomoro area.

“All the 45 chiefs and young people in the area are backing the project and nobody will put a stumbling block in the way,” he said.

He however expressed concern about the pricing of the farm produce, especially the coconut trees as valued by the state.

Awulaye Adjaye said the farmers whose farms were affected have complained about the price per a coconut tree, which they described as inadequate.

“However, because the project will improve the livelihoods of the people, we all accept it. But we expect sustainability of the livelihoods”, Awulaye Adjaye said.

Corona Africa Development Limited, a Nigerian based firm, is leading the collaboration between Wuta Energy and CCL in coming to Ghana to develop the Beyin Power plant.