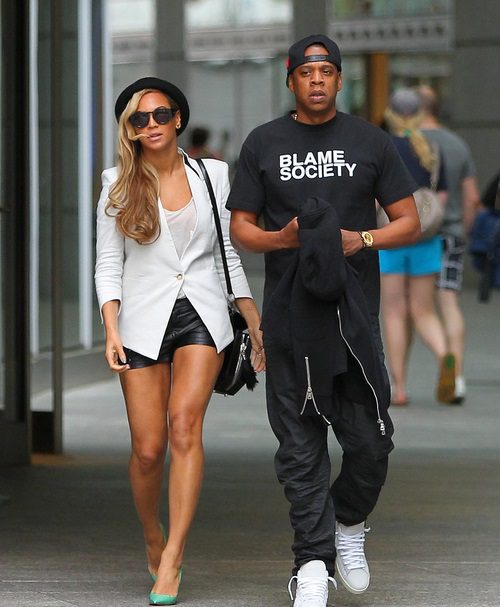 Following rumour that Beyonce and Jay Z’s marriage is at the brink of breaking up, Beyonce has come out to debunk the report with a photo she posted on instagram.

Report got even worse yesterday Tuesday, as Beyonce was said to have been spotted going house-hunting with her man.

But as the rumors spread yesterday, Beyonce calmly posted a picture on Instagram of Jay Z and Blue Ivy with caption, “My favorite hue is Jay Z Blue,’, in an effort to rubbish the reports.

This makes the breakup rumour even harder to believe as Page Six is reporting that Jay Z and Beyonce are raking in $4million a night on the “On the Run Tour’, independent of ticket sales, totaling a staggering $84million for them to share. Ticket sales for the 21 stop tour are expected to exceed $100 million.

Maybe this may be a publicity stunt to swell sales of tickets during their tour…what do you think?