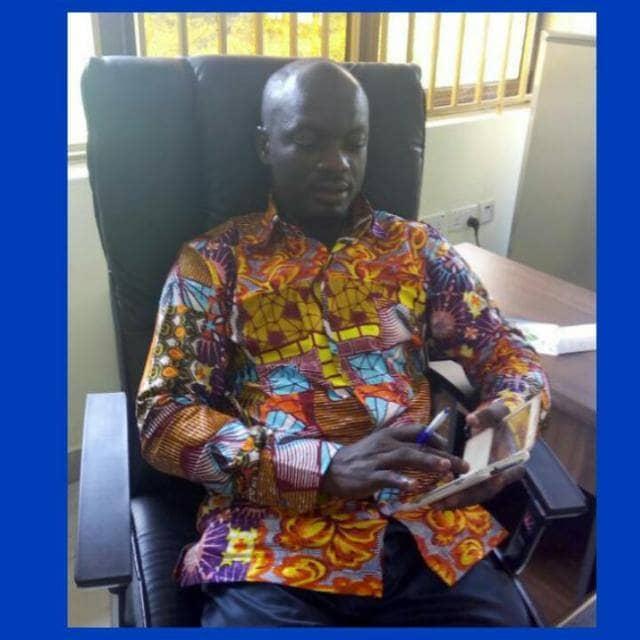 The mortal remains of the late Mr Richard Chebure, Bia East District Chief Executive (DCE), have been laid to rest at the Sefwi-Anyinabrim Cemetery

The late DCE passed on in March this year at age 41.

Other are, Mr Alex Djonoboah Tetteh, Deputy Regional Minister as well as all regional and constituency executives of the New Patriotic Party (NPP) in the Western North Region.

Very Reverend Dominic Ansah, Superintendent Minister of the Methodist Church, Sefwi-Essam in a sermon said the end time was near and asked Christians to seek Christ at all times.

In a tribute, Mr Evans Amoah, Bia East constituency Communication officer on behalf of the party described the late DCE as a unifier whose efforts had attracted many people to join the NPP, which helped to increase the number of votes the party had in the 2016 elections.

He said it was the wish of the late DCE that the NPP won the Bia East constituency parliamentary seat for the first time and encouraged all to work hard to win the seat in memory of the late DCE.

The Bia East District Assembly also in a tribute described the late Mr. Chebure, as a great achiever since he was able to achieve a lot on the assumption of office on 9th March 2017.

Others are the construction of no 1 6 unit classroom block with storeroom each at Sikafremogya, Adeakyen, and Nyamebekyere among others as some of his achievement as the DCE.

He encouraged the rank and file of the party especially the youth to work hard to win the Bia East parliamentary seat to honour the late District Chief Executive.

The late District Chief Executive was survived by three children, one boy and two girls.

E-commerce operators to get registered for secure online profile