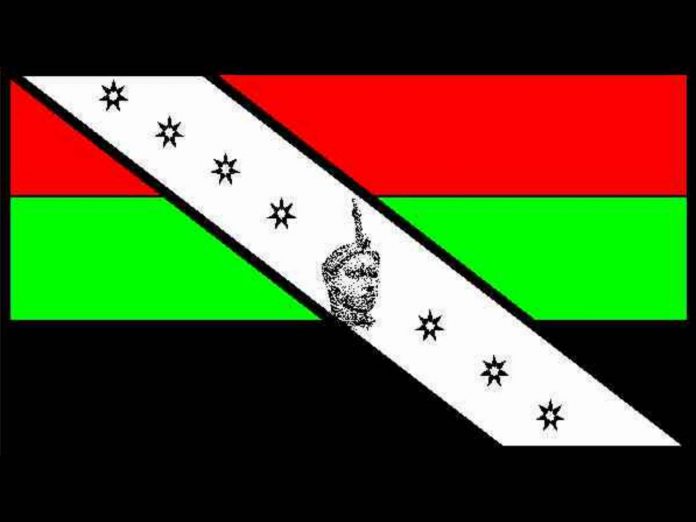 For the last two years, any constant listener of Radio Biafra, when hosted by Nnamdi Kanu, would have discerned three very critical themes behind his broadcasts. The first is the hate and derision directed against a group he terms Hausa-Fulani of the North and the Yoruba of the Western parts of Nigeria. The second theme is the need to obtain, through armed struggle, the liberation of the igbo man from what he termed slavery within the “zoo” by means of war. He has often stated that if it takes the 12 million strong igbo nation to be reduced to 10,000 people through war in order to achieve Biafra then his objective would, to him, be deemed a success. Thirdly, was the need to co-opt the territories of the tribes of the former mid west region and Eastern minorities of Nigeria.

Over time, Radio Biafra became a very popular station to listen to by young Igbos in their mid 20’s and 30’s. Callers into that station had started to deify Kanu. It was not unheard of for callers to call him “a prophet”, “a spirit” and many other similar names besides indicating a merger of the theocratic and the political deification of Kanu by his followers.

Years of consistent and persistent anti Hausa and anti Yoruba hate speech by Kanu over the Radio Biafra airwaves have now started to be acted upon by his indoctrinated followers. Just this week video’s of armed and angry igbo youths of the South East Nigeria stopping and searching commercial transport vehicles looking for innocent Hausa passengers evoke the worst memories of the Rwandan Genocide. That same objective by Igbo youths was reported to have occurred in Oyigbo In Rivers state and parts of Asaba in Delta state (where an online newspaper reported that bombs being used). Some Northern casualties were reported to have been suffered in both places.

Nnamdi Kanu embarked on a world wide tour sometime in 2016. On the Asian leg of his tour, he addressed Ndigbo on the need to contribute for arms needed to fight for what he termed the emancipation of the Igbo man from Hausa-Fulani oppression. These attacks on innocent Northerners for genocidal purposes shows that Nnamdi Kanu’s hateful rhetoric has evolved and germinated into genocidal actions against Hausa’s at the current time by his followers.

The Nigerian state now needs to act. What IPOB wants is as unreasonable as what was demanded by Boko Haram. Negotiations with the man or his organization will not yield anything of note. Calls for Buhari to meet Nnamdi Kanu will only allow many more demi-gods arise knowing that the Nigerian government always empowers thugs and murderers if they can cause sufficient mayhem. If any backdoor discussions must be made between the Nigerian government and the terrorist IPOB organization, then low level Nigerian officials should be the ones that contacts Kanu and meets him.

What cannot be left unchecked is the danger to the lives and property of Hausa people resident in states with large igbo populations. The Northern people are no cowards and their restraint though admirable may not last too long if left unchecked. With that in mind, it behooves the Nigerian state to do all possible to stamp out the terrorist and genocidal threat posed by IPOB and its members.

Leaving IPOB to grow in order to avoid breakdown of law and order (as advised by some) is nothing other than postponing the D-day. Already, Kanu has been seen inspecting members of what he called the Biafran Security Services whom he termed as an organization set up to “protect” South Easterners from “Fulani herdsmen”. That group will have to be confronted through military means. It will either be now or later. The more time Nigeria allows to pass before action is taken the more lives will be lost in defeating this menace. Boko Haram was not caused by the killing of their leader. It was caused by allowing that threat to grow from the mid 2000’s until when President Yar Adua’s government decided it must be tackled. Indecision or hesitancy in the face of a clear, present and growing danger comes with its price in blood and treasure.