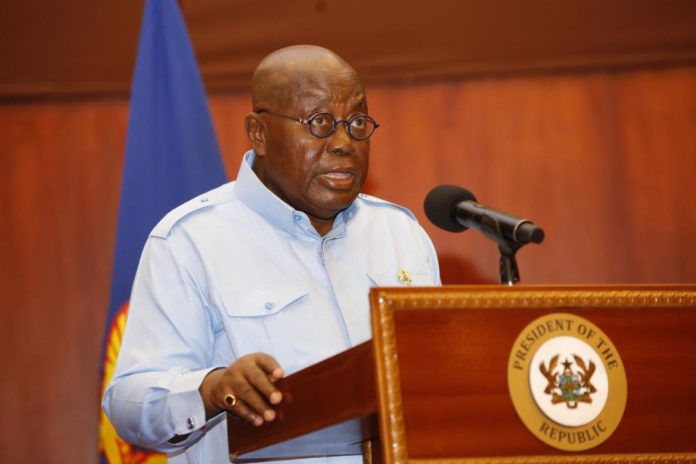 Staff and final year pupils of Bibiani Old Town M/A JHS, have expressed their appreciation to President Nana Addo Dankwa Akufo-Addo and his government for the one hot meal a day intervention.

They were of the view that the intervention was helpful and it motivated them enough to spur them on to success in the impending BECE exams.

In an interaction with the Ghana News Agency (GNA), the school urged the government, Assembly and the caterer to improve upon the quality and quantity of the meals so as to serve its intended purpose.

The Headmaster of the school, Mr. Sheriff Kwaku Duah, told the GNA that hitherto, the pupils and teachers had to move far from the school to go and find food to eat, before returning to the classroom, and this seriously retarded effective teaching and learning and also, could affect the performance and results of the pupils.

He said the teachers were also well tuned and better positioned to give of their best, so that the future of the pupils will be well guaranteed to achieve their academic and career ambitions and play their integral roles in the development of their communities and the nation as a whole.

Mr. Sheriff appealed to the government to sustain the programme when all schools resume, considering the deprived nature of many communities in the country.