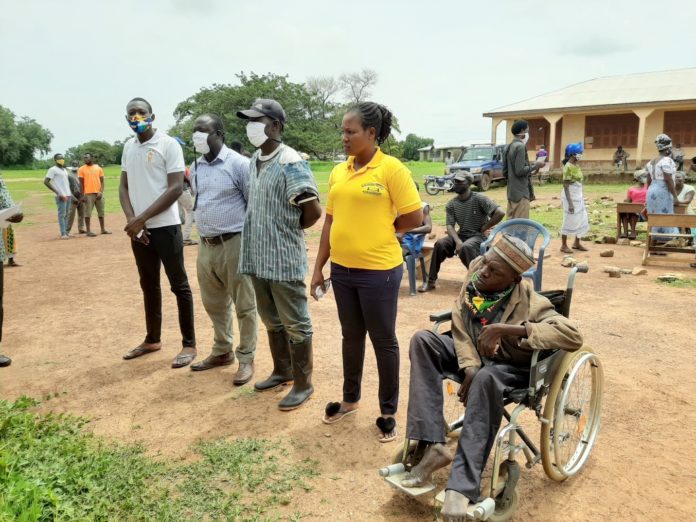 The National Commission for Civic Education (NCCE) in the Builsa North District of the Upper East Region has guided community members at Bilinsa to form an implementation committee to promote community ownership of development projects and policies.

The five-member committee was formed at a social auditing programme organised by the NCCE after community members identified teething problems in various sectors including education, health, agriculture, road infrastructure and insecurity among others in the community.

Mr Jeffery Adda, the District Director of the NCCE, who addressed the programme, said social auditing was an accountability mechanism which allowed citizens to evaluate and audit government’s performance and policy decisions.

Mr Adda said the programme would promote discussions among citizens and office bearers on issues related to community development.

It will also increase awareness of the operations of local government and empower the citizenry to demand accountability from duty bearers.

He charged members of the committee to work diligently to achieve the purpose for which they were selected and called on the community members to support the committee in its work.

“I wish to thank the European Union for supporting the NCCE to bring this important programme to the Bilinsa community,” Mr Adda added.

Mr Victor Nuworkpor, the Upper East Deputy Regional Director of the NCCE, entreated the committee to select rojects the community could implement.

He said the committee should lobby public institutions within the District to help them solve their basic problems.

Naab Atong, who spoke on behalf of the Committee, said per the outlined action plan, members of the committee would collaborate and work effectively to ensure that the Bilinsa community resolve identified problems.

The programme attracted various heads of departments in the District who address issues raised by community members.