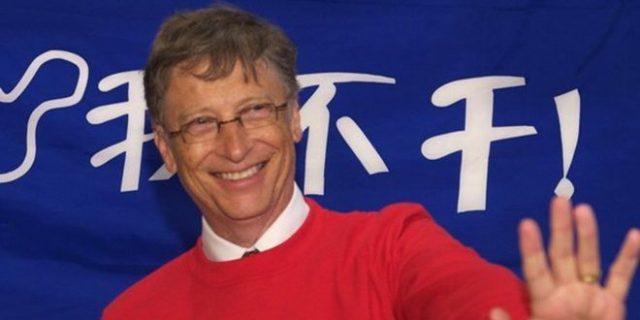 Z: You’ve met President Xi Jinping in a number of occasions, including in Beijing, Boao and Seattle in 2015. What’s your impression of him? 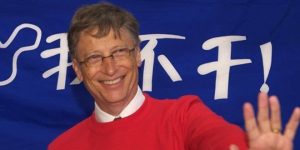 BG: Well, he’s generous to spend that much time with me. President Xi is being great of thinking about things that are important to me, like what can China do for Africa, what’s realistic? How does China develop the role in the world, creating the right level of expectations, and being clear about that is a cooperative rise, or a peaceful rise – I think the right phrase to use. The area of science, where China is now leading a lot of ways and willing to invest, that’s been something I discussed with President Xi.

And it’s a reality now. Our foundation is putting together a modern medicine drug development center in Beijing, which is totally state of the art. We’re going to do some fantastic new drugs. And China already has lots of interesting drugs, particularly for things like malaria. But here we are going to discover new state of the art drugs.

And I am impressed of how hard President Xi works. Now he is involved in the committee that are looking at this problem and that problem. He’s quite amazing that he’s able to contribute in a number of ways.

Z: President Xi is coming to the United States to meet with President Trump in April. What’s your expectation for his trip?

BG: I always think that the China-US relationship are the most important in the world. And, there’s a lot that we can do together. When you think about peace in the world, fighting terrorism, dealing scientific challenges, including the challenge of climate change. The cooperation need is strong. I think everybody is a little concerned right now what the US trade position will be. We can’t say for sure. But here in the US and I am sure in China people are wondering if the Trump administration, at the end of the day, wanting the US economy to do well, what will their trade policy be?
Z: Will there be a trade war breaking out?

BG: I certainly hope not. I am a huge believer in international trade and world trade agreement. I think those are win-win type agreements. Now getting the details right are very complicated. But China joining the WTO and participating that. It’s being great for the world. I hope the world trade remains strong. In one meeting that I have with Trump, this idea of China’s being an important partner is one of the things that came up, because I feel so strongly about that.

Z: I remember that in your annual letter, you mentioned that the future always surprise the pessimists. So, you have a strong belief that the Sino-US relation will be going well?

BG: Yes. I think because both sides are smart, and because I think when you think about that, there is a win-win relationship to be had, whether it’s the energy, whether it’s making sure Africa gets up lifted, allowing companies to work in both countries to work in an effective way.

Z: How do you feel the atmosphere in Washington D.C. right now?

BG: Well, there’s lots of “up-in-the-air”. So, I am hoping that 6 months from now, there’s a lot of clarity, and (they can) focusing on the critical projects, including global health. Because that’s a huge part of what our foundation is doing.

BG: Well, the markets are different, so they have to shape their companies in innovative ways. Some of the ideas, like Wechat is a breakthrough that influencing products all over the world. I say there isn’t that much difference between the Chinese tech-entrepreneurs and global tech-entrepreneurs. They are all optimistic. They move fast, and it looks like over time, as it’s not their primary focus now, I think lots of them will join in philanthropy, and set good models for all successful business people about giving back.