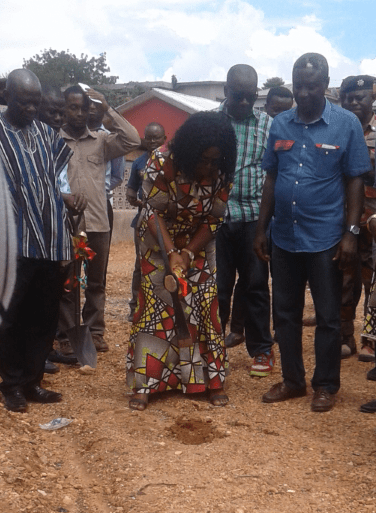 The Birim Central Municipal Assembly has cut the sod to commence the construction of a three – unit classroom block and other facilities for the Salvation Army Junior High School at Akim Oda.

The project, which would include an office, a storeroom, staff common room and toilet facility, would cost GHC 459, 950.96.

Ms Victoria Adu, the Municipal Chief Executive, said the project is expected to be completed in six months.
She said due to the Free Senior High School (SHS) and Free School Feeding Programme introduced into the system, there is the need to lobby for the construction of more school facilities for the increasing school children.

Mr Benjamin Cudjoe, the Birim Central Municipal Director of Education, thanked the assembly for the kind gesture and urged headteachers of the beneficiary schools to ensure that the desks were handled with utmost care by the students.

Construction of vaccine plant begins in Ghana in July