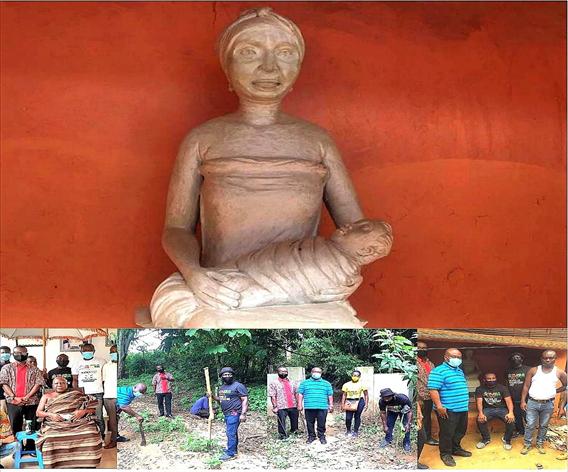 The Ghana Tourism Authority (GTA) is liaising with the Kokofu Traditional Council to enhance the processes to develop to an appreciable standard the birthplace of the late Opemsuo Osei Tutu I, the Founder of the Asante Kingdom.

This is to help harness the tourism potentials of the area for revenue-generation as well as for educational, cultural, and research purposes.

Kokofu-Anyinam, the birthplace of the Opemsuo (The Mighty One), who was noted for his charismatic leadership and organizational prowess, is one of the about 14 communities dotted around the Lake Bosomtwe – designated as a UNESCO Heritage Site.

“The birth of the late Opemsuo Osei Tutu is something shrouded in mystery and spirituality,” Barima Akwasi Offe Okogyeasuo II, the Paramount Chief of Kokofu, said.

In an interview with the Ghana News Agency (GNA) at Kokofu in the Ashanti Region, he indicated that the historical background to the late king’s birth and strategic location of his birthplace come with their advantages in respect of tourism development.

This was on the sidelines of a tree-planting exercise, organized by the GTA to mark the ‘2020 Emancipation Day’, and held under the theme “Emancipation, our Heritage, our Strength.”

This year’s event commemorated under the Ministry of Tourism, Arts and Culture in partnership with the PANAFEST Foundation, had as a sub-theme: “Leveraging our Resilience: Black Lives Matter.”

The Day was originally celebrated in the Caribbean to mark the final abolition of Chattel Slavery in the British colonies, however, in recent times it had focused more on addressing the inequalities and injustices in the society, while also promoting the African heritage.

Barima Okogyeasuo said ‘heritage tourism’ was an area the GTA should look at critically because the nation abounds in a lot of cultural and traditional legacies, which could be packaged well for tourism and socio-economic development.

He asked the people to take a keen interest in tree-planting to sustain the ecology and biodiversity.

Mr. Peter Achampong, Ashanti Regional Manager, GTA, said the Authority was bent on working with stakeholders to promote domestic tourism in the Region.

This, he said, was the way to go in generating more revenue from the tourism sector in the wake of the COVID-19 (coronavirus) pandemic, which had reduced significantly the influx of international tourists in the country.

Mr. Matthew Osei Prempeh, also known as Nana Prempeh, a Senior Quality Assurance Officer, GTA, assured the public of the Authority’s commitment to enforcing the rules and regulations governing tourism to the letter.

That, he said, was necessary to ensure value for money regarding the services provided by key players in the industry, including hospitality facilities.

A trip to Tafi Atome where bananas do not grow