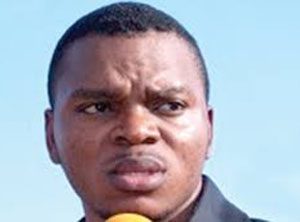 Bishop Daniel Obinim, Head pastor of the International God’s Way Church, has been released from custody of the Criminal Investigations Department (CID) after meeting the bail conditions of GHC100,000.00 with three sureties, one to be justified.

He was arrested for his alleged involvement in the publication of false news and forgery of documents.

Deputy Superintendent of Police Juliana Obeng, Head of the Public Affairs Unit of the CID, told the Ghana News Agency that Bishop Obinim would make his next appearance in court on June 1, 2020.

“Bishop Daniel Obinim was arrested on warrant of arrest issued by court. He has been charged with the offences of Publication of false news and Forgery of document, contrary to sections 208 and 159 of the Criminal and other offences Act, 1960 (ACT 29) respectively,” she said.

DSP Obeng said Obinim was also under investigations for other offences levelled against him.

“Medikal” gets GH¢100k bail for displaying gun on social media

Ghana: Soldiers demanded for GH¢50k to embark on coup – witness