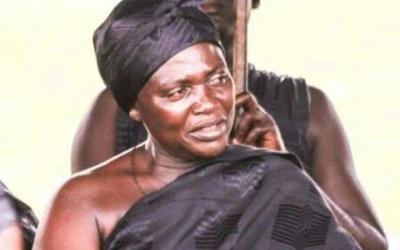 The Most Reverend Mathew Kwasi Gyamfi, the Catholic Bishop of Sunyani Diocese, has urged residents of Sunyani and its environs to emulate the example of the late Paramount Queen of Sunyani Traditional Area, Nana Yaa Nyamaa Puduo II.

He described Nana Puduo II as a truthful and sincere fellow who combined traditional role with motherhood which has since produced benevolent independent-minded and development- oriented people in the area.

The Bishop said the Sunyanimanhemaa was focused on the development of women, especially the girl child and their proper upbringing, saying this has transformed many young girls to become responsible women.

Most Reverend Gyamfi was giving a sermon titled: “Temptations of Life” at a thanksgiving service held for the repose of the soul Nana Puduo II at the Christ the King Catholic Cathedral on Sunday in Sunyani.

He said the late Sunyanimanhemaa fought several temptations during her lifetime and that won her the dignity which was being celebrated.

Temptations were part of man’s creation, hence “there is the need for all living souls to withstand the temptations of life”, the Bishop added, and urged the congregation to show love to one another so as promote peace and unity in the Municipality for uniform and speedy development.