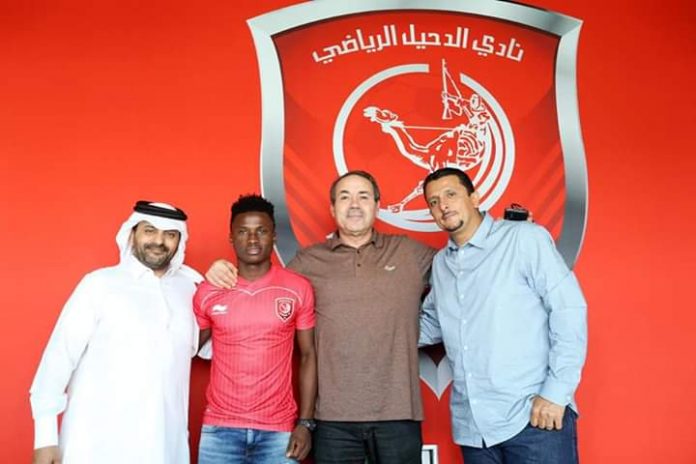 Black Meteors forward Evans Mensah has officially joined Qatari side Al Duhail on a four and half- year deal.

The promising winger made the startling move to the Asian side from Finnish top-flight HJK Helsinki after agreeing personal terms with the club.

He completed his switch to the Abdullah bin Khalifa Stadium outfit on Monday.

The former Inter Allies player has an option to extend his sensational contract.

Mensah was Ghana’s best player in the CAF Under-23 tournament held in Egypt where the Meteors failed to book qualification to the Tokyo 2020 Olympic games after losing to Young Bafana Bafana on penalties.

The 21-year-old had been playing for HJK since leaving Inter Allies in August 2016 when he joined on an initial loan. Mensah became a key figure and got signed permanently afterwards. He combined 98 appearances throughout his HJK stay and scored 24 goals.