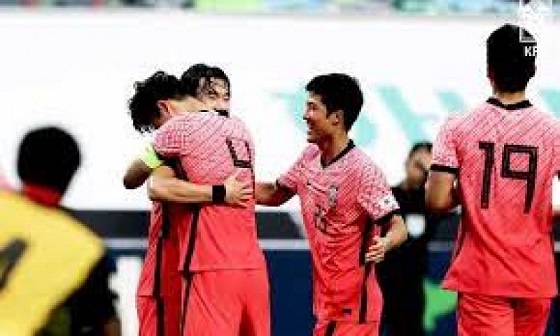 The Black Meteors of Ghana suffered a 3-1 defeat at the hands of South Korea at the Jeju World Cup stadium on Saturday.

The team has been in Asia engaging in friendly matches against Japan and South Korea.

The hosts opened the scoring in the 18th minute through Captain Lee Sangmin who rose to head in an in swinger.

Kim Jinya got sent off for a poor tackle on right back Samuel Nii Ashie Quaye as the first half ended 1-0 in favour of South Korea.

Lee Sueng-Mo added the second goal after coming off the bench in the 59th minute, scoring from a rebound after his initial strike off a free-kick went into the post.

The Black Meteors got a consolation goal through Samuel Obeng Gyabaain the 76th minute after coming on as a substitute – as the match ended 3-1 in favour of South Korea.

Ghana would play South Korea again in their final match at the same venue on Tuesday, June 15, 2021.