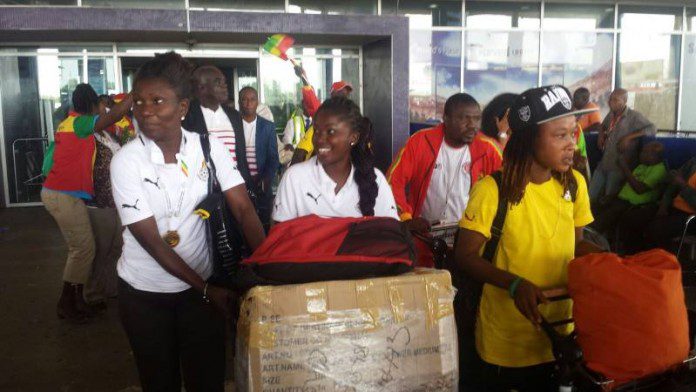 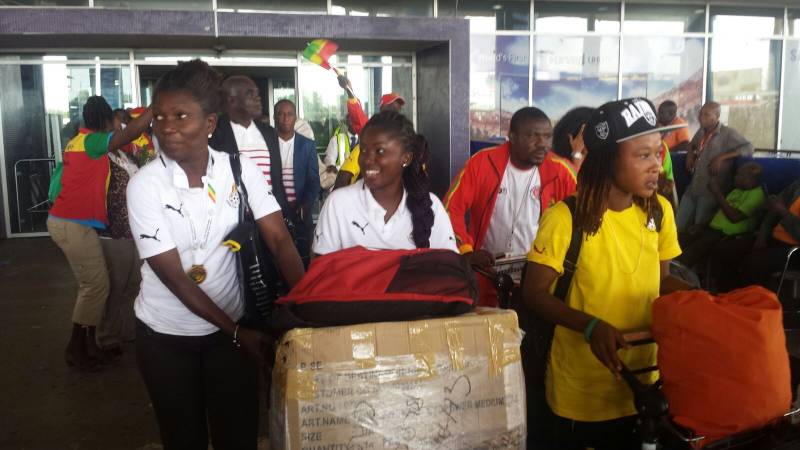 Black Queens won gold at the 2015 All Africa Games

The Black Queens have refused to leave camp at the M-Plaza Hotel over the delayed payment of their bonuses for clinching gold at the 2015 All Africa Games.

The women?s team are yet to receive their promised bonus for making the nation proud in the face of serious difficulties at the games staged in Congo Brazzaville.

The Sports Ministry have promised to hand each player $2000 for winning their first ever gold at the All Africa Games.

This offer has however been vehemently rejected by the team as woefully inadequate.

Even the $2000 promised is yet to be handed to the Black Queens.

The Sports Ministry will now be incurring extra cost in hotel bills for the delayed checking out of the Black Queens are insists they will not leave the M-Plaza Hotel until bonuses due them are paid.

?Of course [over whether they are waiting to be paid their bonuses before leaving].?

The team have only benefited from a cumulative $1200 ?pocket money? handed each player during the All Africa Games.

This is far below the $100 per diem budgeted for over the duration of 21 days.

The gallant Black Queens however put behind all these challenges to recover from a wobbly started to go all the way to clinch Ghana?s only second gold at the games.

Black Stars captain Asamoah Gyan made a timely intervention by donating $10,000 to the team the moment he detected apathy within the Black Queens camp prior to the commencement of tournament.