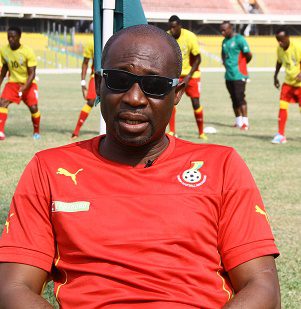 Ghana?s U20 management committee chairman George Afriyie believes the team will qualify for the 2015 African Youth Championships against Gabon once fair officiating is secured in the return leg.

The Black Satellites failed to convert the several chances that came their way as they were held to a disappointing 0-0 draw by the visiting Gabon team in the first leg of the ultimate qualifier played on Sunday in Accra.

The result now means Ghana needs to avoid defeat or secure a scoring draw in the return encounter in a fortnight in order to make next year?s finals to be staged in Senegal.

Many have however written off the Black Satellites especially after failing to make good use of their first leg home advantage against a very strong and talented Gabonese side.

The Ghana U20 management team chairman George Afriyie however remains defiant of his side?s chances despite the daunting task ahead but stresses on the need for fair officiating.

?Yes, we are a bit disappointed because we were looking to win the game by two or three goals,? he said after the game.

?But the Gabonese are also a good side and we need to give them credit for their performance.

?For us the game is still open. We go back there and expect to get fair officiating like we witnessed today.

?I believe that once we get fair officiating, we will go through.?

Ghana hopes to make a successive appearance at the African Youth Championships next year following their runner?s up feat attained last term in Libya.