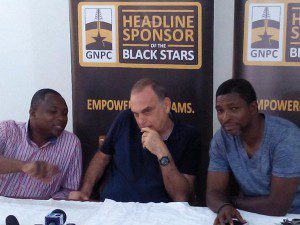 Black Stars coach Avram Grant claims the team has improved on set pieces tremendously since he took charge of the team.

The 60-year-old was appointed in November 2014, leading the team to a silver-medal feat at the 2015 Africa up of Nations in Equatorial Guinea.

The former Chelsea boss has also guided the team to the group stage of the 2018 World Cup qualifier after beating tiny Comoros.

Grant has been appraising his performance as Ghana coach in the year under review and says the team has improved on set pieces and have become water-tight at the back.

“We have improved on set pieces and thats a big plus to the team. Again we don’t concede many goals.” he told reporters on Monday.