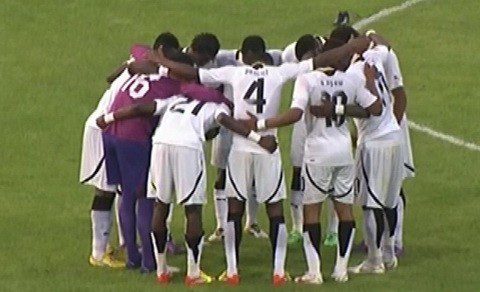 The Black Stars were not impressive at the World Cup

Ghana?s former sports minister Papa Owusu Ankomah says government must not interfere in the activities of the Ghana FA as it seeks to investigate the Black Stars shambolic showing at the World Cup.

The MP for the opposition NPP of the doubts if the outcome of the Commission of Enquiry set up to investigate the shambolic showing will have any positive impact on the team in future.

Ankomah noted that, in as much as government wants the shambolic performance of the Black Stars investigated, he prays that government will not disregard FIFA?s rules by interfering in GFA affairs.

?I believe the GFA?s autonomy is a positive thing for the development of football. The committee?s investigation would not have interfered with GFA?s administrative works,? Ankomah counseled.

According to him, the situation under which the committee was set up is debatable. Adding that, the president?s attempt at stifling parliament to look into the issue was bad.

?The circumstances leading to the setting-up of the commission does not give assurance of any beneficial outcome. Why should parliament be prevented from debating a matter of national interest because of the president?s actions?? the New Patriotic Party [NPP] Member of Parliament [MP] for Sekondi questioned.

The Speaker of Parliament, Edward Doe Adjaho, on Monday, boldly criticized President John Mahama for displaying ?bad faith? by issuing CI 82 to set up a Commission of Enquiry to probe the Black Stars fiasco at this year?s World Cup.

The Speaker, made the comment on the floor, shortly after the Ranking Member on the Youth and Sports Committee, Isaac Asiamah, moved a motion for the House to set up a bipartisan committee to investigate the scandals that tarnished Ghana?s participation in the just ended World Cup in Brazil.

Newly appointed Youth and Sports Minister Mahama Ayariga argued against the proposal for Parliament to set up a committee to investigate the scandals after informing the House of a three member committee tasked to investigate happenings in the World Cup by President Mahama.

But speaking on JOY FM?s Supper Morning Show, the former Youth and Sports minster in the Kufuor administration opined that, ?The committee we [parliament] proposed would have had similar parameters as those of the president?s Commission of Inquiry.

The Black Stars is a team of the nation. I believe that national teams are ?properties? of the state, and the state should be interested?.