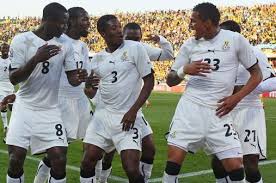 Ghana could set up a pre tournament camping base in Abu Dhabi, United Arab Emirates (UAE), ahead of the Africa Cup of Nations in Equatorial Guinea. According to a highly placed source at the Ghana Football Association (GFA), the Black Stars could prepare for the tournament at the plush holiday destination contrary to concerns from the Technical Committee.
The source told GNA Sports that, the GFA had made advance plans to camp the team at the base the Black Stars prepared for the unsuccessful campaign at the South Africa 2013 competition.
“There are plans to camp the team in Abu Dhabi once again but that decision could face resistance from the Technical Committee of the team and some members of the Management Committee.
“The Technical Committee is adamant it is the duty of the coach and his back room staff to determine the best base for camping and argues Abu Dhabi was more of a holiday destination than a camping base.
” Some of the members of Management Committee agree, but it seems the hierarchy here feel otherwise,” said the source.
He said the Technical Committee favours a destination in Europe where the concentration of the players can be firmly assured.
“There appears to be a stand-off presently though the time left is limited because of the approaching Christmas holidays with regards to visa processing”, said the source.
Ghana, chasing a fifth Nations Cup glory is set to begin preparations for the tournament on January 3, two weeks before the biannual gathering for the continent’s best 16 commences in Malabo.
The Black Stars, house in Group C, alongside favourites, Senegal, Algeria and South Africa camped in Abu Dhabi before the last competition in South Africa where the team’s campaign was riddled with injuries to key players with off the field activities.