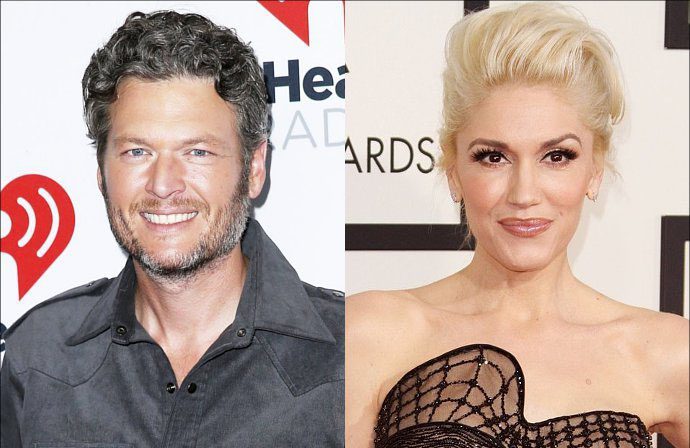 Blake Shelton was photographed visiting Gwen Stefani’s home in Summit Circle neighborhood in Beverly Hills, California on Monday, November 9. The country singer was pictured leaving her house prior to their appearance on “The Voice”.

The “Sangria” singer was seen wearing black T-shirt and a black-and-white cap while driving his car alone. A few minutes after Blake left Gwen’s home, the “Hollaback Girl” hitmaker went out of her house in a Range Rover. The blonde beauty wore red beanie and large glasses. An unidentified man could be seen sitting next to her.

The pictures came a few days after their romance was confirmed by Gwen’s rep. The spokesperson previously said, “Gwen and Blake are longtime friends who have very recently started dating.”

While their reps confirmed the news, the couple tended to evade questions about their relationship. During an interview with 103.7 KVIL airing on Monday, the “Used to Love You” singer denied going public with their relationship. She said, “We didn’t! Like, somebody did. That’s what’s so crazy like, who announces that? Why would I do that?”

Though Gwen denied going public with her relationship with Blake, she coyly gushed over her new beau. “He’s a pretty rad guy, I have to say that,” she said. “There’s definitely key people that have pointed me into the right direction. Blake really helped me.”

Don’t Get Swindled By Fake Diamonds: Look To Flawless Diamonds Co. For Advice Before Your Next Purchase