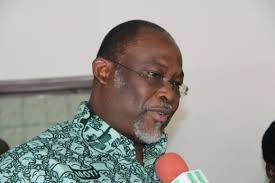 Speaking to the media on Wednesday June 7: he said: “I have said we have had challenges for instance in the power sector and this is not a secret and the challenges in the power sector were not created by the NDC [National Democratic Congress]. They were created by governments like the NPP [New Patriotic Party] who during their era hardly added any megawatt of power to Ghana’s total power production capacity.”

According to him, although Ghana has been experiencing erratic power supply over the years, the government of Ghana has made frantic efforts at generating more power for both domestic and commercial uses.

He said despite the challenges, Ghana is leading many of its neighbours in power production.

Dr Spio-Garbrah noted that since the National Democratic Congress (NDC) took over the management of the country, it has added more than 1,000 megawatts of power to the national grid “and the number is increasing.”