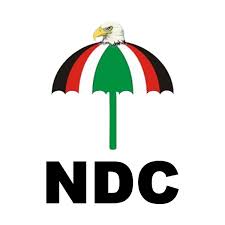 The Ashanti Regional Chairman of the National Democratic Congress (NDC), Mr Yaw Owusu Obimpeh vented his angeron a party foot soldier at a just ended National executive Committee (NEC) meeting of the party at its National Headquarters in Accra, where he landed a dirty slap on the foot soldier. The development raised tempers at the party’s newly built office.

It turned into exchange of blows and the foot-soldier got his smock torn. It took the intervention of the journalists present at the premises to cover a press conference to call for a cease fire.

However, when they were asked about the cause of their confrontations, they failed to give answers.

When the dust seemed to have settled down and the media men went into the conference hall to get prepared for the press conference, the two gentlemen, were heard raining insults on each other whilst they continue the attacks on each other.

In another development, the Greater Accra Regional Chairman Mr Ade Coker who was peeved at the decision of the National Executive Committee (NEC) to delete rule 6 C Sub-section VI from the party Guidelines on the Regional congress, in anger left the party office, and in the process nearly slapped his driver.

When The Weekly Observer approached him to ask few questions on the development at the meeting, he shove the reporter off, entered his car and drove off.

However, the party’ NEC has decided to remove C6 of the sub-section of clause 6 of the Guidelines issue for internal elections of the party.

The ruling partys NDC NEC have also made it clear that they are not going to discontinue with the court process but will consider the Judge’s order for an out of court settlement with the plaintiff Mr. Njonolah Linus whom dragged the National Executive to Kumasi high court.