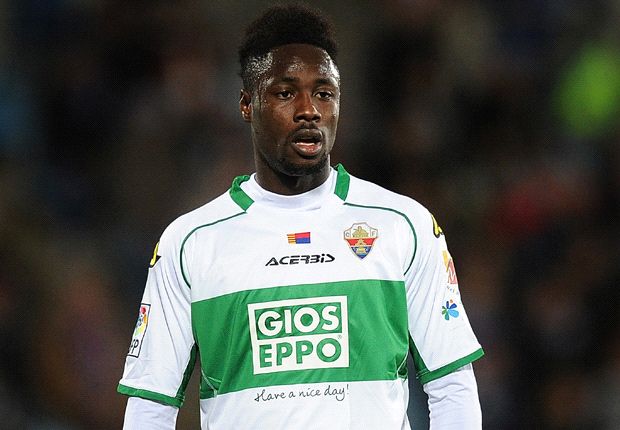 Richmond Boakye-Yiadom hopes to make it to Brazil.

Ghana striker Richmond Boakye says although he would like to be part of the squad for 2014 FIFA World Cup, he believes he still has time to be part of future tournaments.

The 21-year-old is currently in the books of La Liga outfit Elche, on loan from Italian giants Juventus and has scored four goals in 25 league appearances.

He has scored two goals in seven appearances for the Black Stars since making his senior debut against the Republic of China in August 2012.

?I?m looking to get more minutes, so I can go to the World Cup, but if I don?t go I?m not worried,? he said. ?I know that I?m young and have plenty of future ahead of me.?

The former Genoa player says he is enjoying his spell with the Spanish club and reflected on his emotional state after scoring a late winner in a recent 1-0 win over Getafe.

?Elche has a fantastic group of players and every one of them has supported me,? he said.

?I was crying after scoring the goal, because it had been so long since I scored and I didn?t quite know how to react.

?I?m grateful to God and all the Elche fans. The goal wasn?t about Boakye, but all the fans and Elche players. I?m really happy for the fans, because they fill this stadium week after week.?