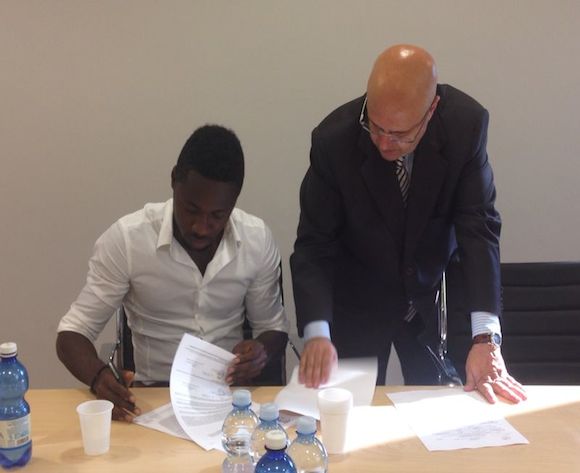 Ghana striker Richmond Boakye-Yiadom has signed a four-year contract with Atalanta after the Serie A club acquired 50% of his economic rights from Genoa, Africanfootball.com has exclusively reported.

Italian champions Juventus equally co-own the player after refusing to sell their rights to Atalanta. The Bianconeri believe the 20-year-old has the potential to become one of the best strikers in the world.

Boakye-Yiadom on Thursday agreed personal terms with Atalanta in the presence of his agent Oliver Arthur after flying out of Accra the previous day.

He spent last season in Spain where he ended the season as Elche?s best player and top scorer with seven goals in all competitions.