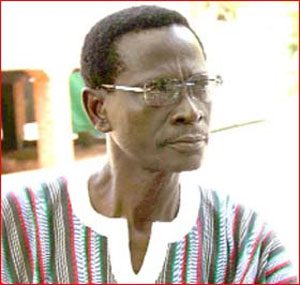 Executives oF the National Democratic Congress (NDC) in the Afram plains South Constituency of the Eastern region, except the Secretary, martin Nutefe, have been booted out of office in the party?s primary in the constituency.

The former chairman, Awuku Dzobo, who lost to the newly-elected chairman, Richard Boamah had wanted to thwart the elections by keeping the funds meant for the elections.

Mr Awuku Dzobo, in connivance with the former treasurer, Cecilia Ofosua, misinformed the delegates that the money

meant for the conduct of the elections was not ready even though the money had already been released by the District Chief Executive (DCE) and the Member of Parliament for the area, Joseph Appiah-Boateng.

The development resulted in several postponements of the elections.

The new chairman expressed gratitude to the delegates for the confidence reposed in him and promised to unite the old and new executives for the electoral battle ahead in 2016.

Most of the former executives were accused of not being accountable and also throwing their weight behind an independent candidate in the 2012 general elections.

The Member of Parliament for the area, Josepy Appiah Boateng, whose popularity had soared as a result of his open-door policy, was hailed by the delegates, who voted for candidates that they thought could collaborate with him to push the constituency forward.

The MP also called for calm in the constituency and said he would also support the new executives to bring all the old executives on board to able to fight a common goal.

?Our target is to increase our votes in the Afram Plains South Constituency and that should be our priority as party in power,? he said.

The regional organizer of the party, Tawiah Boateng, who supervised the elections, thanked the delegates for the peaceful manner in which they voted.

He said the NDC has done a lot for the people of Afram Plains and so the opposition New Patriotic Party (NPP) would not be a match for them in 2016.