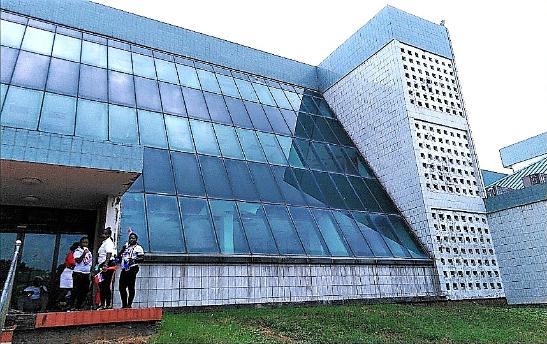 Work on the Boankra Integrated Logistics Terminal, a landmark project expected to alleviate congestion at the Tema port, is to be completed in 2023, the President, Nana Addo Dankwa Akufo-Addo, has said.

It is being developed on a 413-acre parcel of land located 27 kilometers from Kumasi, Ghana’s second-largest city, to enhance the country’s role as a transit corridor to landlocked neighbouring countries.

They include Burkina Faso, Mali, and Niger.

President Nana Akufo-Addo, addressing a sod-cutting ceremony at Boankra in the Ejisu Municipality, for work to continue on the project, which had been stalled for about 18 years, said upon completion, the facility would boost the efficient movement of goods and services across Ghana.

The project was initiated by the Ghana Shippers Authority and Ghana Ports and Harbours Authority in the early 1990s to create a dry port as an extension of the Tema Port.

However, work on the terminal had over a decade now come to a halt due to contractual, legal, parliamentary, and regulatory issues.

President Nana Akufo-Addo indicated that given the strategic economic importance of the project, his Administration had worked assiduously to secure a fund of US$330 million with assistance from the Republic of South Korea for the continuation of work.

The concession agreement for the project, according to the President, is for 30 years, adding that the concessionaire was Ashanti Port Services Limited, a consortium consisting of Afum Quality Limited of Ghana and DSS Associates of South Korea.