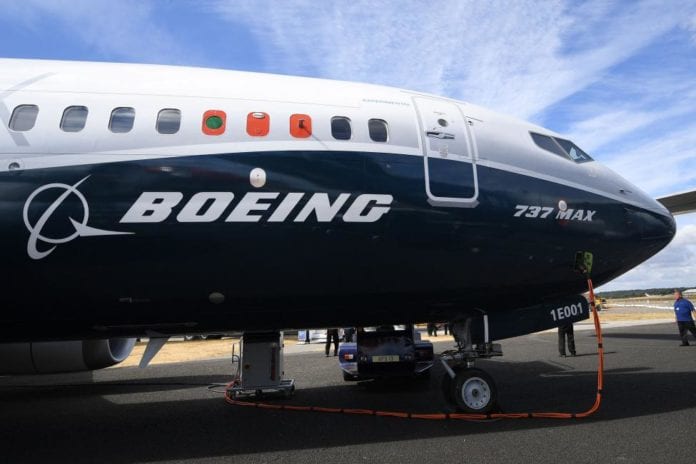 A U.S. government report has found that Boeing failed to submit certification documents to the Federal Aviation Administration (FAA) detailing changes to a key flight control system of 737 MAX aircraft, according to news reports on Wednesday.

The flight control system, known as MCAS, was “not an area of emphasis” because Boeing presented it to the FAA as a modification of the aircraft’s existing speed trim system, with limited range and use, Reuters reported. “Boeing did not submit certification documents to FAA detailing the change,” the report said.

“FAA flight test personnel were aware of this change, but key FAA certification engineers and personnel responsible for approving the level of airline pilot training told us they were unaware of the revision to MCAS.

“The government report was conducted by the U.S. Department of Transportation’s Office of Inspector General (IG). In response to the report, the Transportation Department said that the FAA’s certification of the 737 MAX was hampered by a lack of effective communication between the agency and Boeing.

More than 800 aircrafts have been grounded worldwide since mid-March 2019 after investigators found flawed flight control software on the 737 MAX partially responsible for the crashes of two MAX jets in Indonesia and Ethiopia that killed 346 people. Boeing’s MCAS stall-prevention system has been faulted in both crashes.

Boeing began on Monday a test flight to determine whether the revamped 737 MAX is safe. The flight took off from an airfield near Seattle and flew through eastern Washington state before dipping down into Oregon and eventually returning to the Seattle area.

The FAA approved the certification test flights after Boeing submitted safety fixes to the FAA for review.

NADMO failed to maintain register of landed property in Ghana