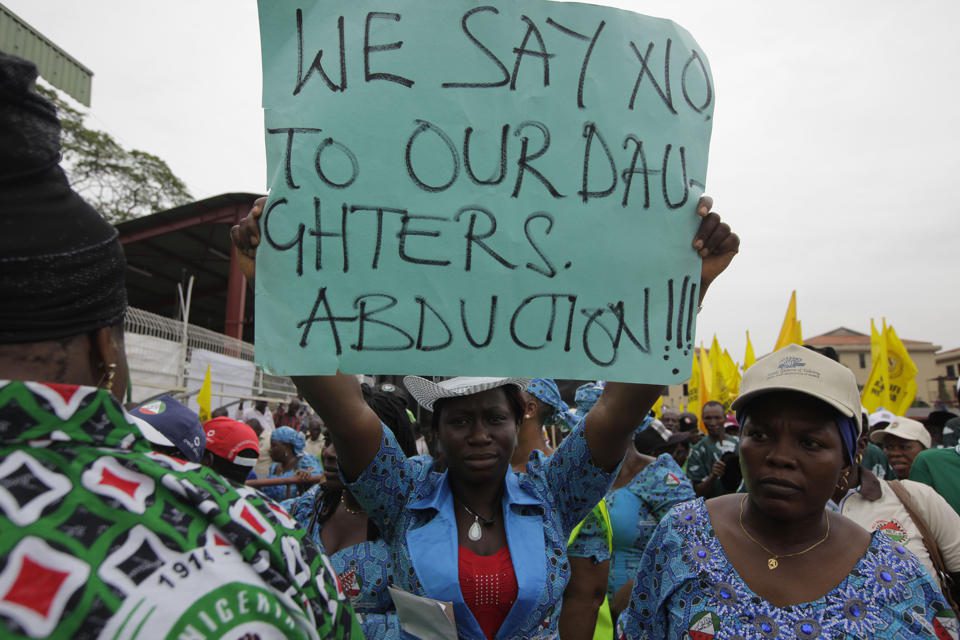 LAGOS, Nigeria (AP) ? Nigeria?s Islamic extremist leader of Boko Haram is threatening to sell hundreds of teenage schoolgirls abducted from a school in the remote northeast of the country three weeks ago.

Abubakar Shekau for the first time also claimed responsibility for the April 15 mass abduction, in a video received by The Associated Press on Monday.

?I abducted your girls,? he said. And, ?By Allah, I will sell them in the marketplace.?

Nigeria?s police have said more than 300 girls were abducted: 276 remain in captivity and 53 have managed to escape.

The mass abduction and the military?s failure to rescue the girls and young women has roused national outrage with protests in major cities. Protesters accused President Goodluck Jonathan of being insensitive to the girl?s plight.

Jonathan says his government and the military are doing everything possible.