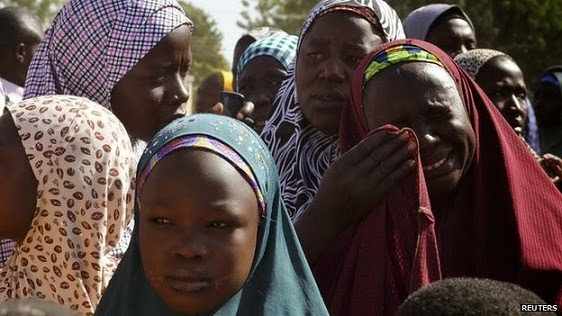 No fewer than 40 youths ages between 12 and 25 have been abducted in a Borno village by Boko Haram during a raid, residents who fled the area said on Friday.

Some Boko Haram who disguised as Islamic preachers on Wednesday night arrived Malari, a remote village along Damboa-Gwoza road in Damboa Local Government, south of Borno. ?They told us they came to preach and not to attack anybody. They said the society is polluted and they are out to preach words that will change the world but as soon as people gathered in fron of the residence of the Village Head, the Boko Haram men then separated youths from other men, ordered them to enter their vehicles and drove off,?? Mallam Bulama who fled the village to Maiduguri on Thursday after the attack told reporters.

He said the abducted youths were taken away in two hilux vehicles driven toward Sambisa forest, a known Boko Haran hideout.

Also, Garba Lawan a resident of neighbouring? Mulgwai town, some 7 kilometres away, said many people have already fled his community on hearing about the abduction of over 40 youths in Malari.

A source in Damboa, the local government headquaters recently recaptured from Boko Haram by the Nigerian military, said many of the residents of Malari have been gripped with fear and are fleeing in droves.

The area has been under intense attacks of Boko Haram, forcing thousands of people to flee into capital Maiduguri. Boko Haram still control at least eight local government in Borno which? it captured in coordinated attacks between July and October 2014. It has imposed its strick Islamic law in these areas.