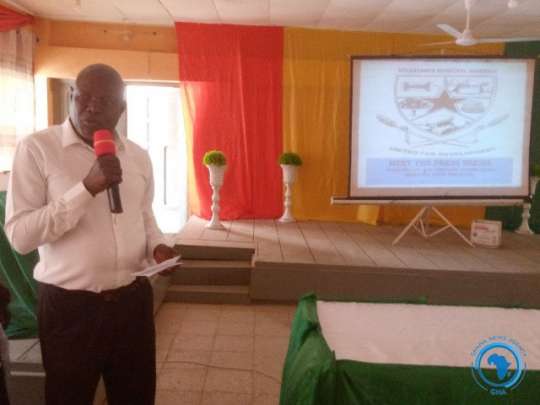 All is set for the construction of an Eco-Tourist Centre in the Bolgatanga Municipality in the Upper East Region, to conserve the environment and improve the wellbeing of the local people.

Mr Joseph Atura Amiyuure, the Municipal Chief Executive, who made this known in Bolgatanga at the ‘meet the press series’, indicated that a one hectare land was secured and the design and plan were completed.

The MCE said the development of the project would include; ecological library, ecological Market such as baobab market, environmental conference hall, ecological nursery Site and ecological training site.

“A borehole has been sunk and mechanised at the ecological tree nursery site, to support nursery activities for the Eco-Park,” he added.

Mr Amiyuure said apart from the numerous environmental benefits of the project, it would attract tourists which would increase the revenue mobilisation of the Assembly, when completed.

The project would also create more employment for the youth, boost the local economy and contribute to poverty reduction in the area.

Mr Amiyuure said the Assembly also proposed a leather factory to be constructed in the Municipality under the One District, One Factory policy.

He said the factory would have easy access to raw material due to the availability of animal hide in the area and its proximity to Burkina Faso, where leather is produced in large quantities.

“The project will increase the number of animals being slaughtered each day and make raw material readily available to feed the factory”, he added.

He said the leather factory, when constructed would not only provide employment for the youth, but would boost the local economy, provide quality leather at affordable prices for basket weavers, who mostly used leather to make the handles.

The MCE explained that the project, when completed would boost the revenue mobilisation and increase the Internally Generated Fund (IGF) of the Assembly, to enable it undertake development projects that would benefit the vulnerable in society.

He said the Assembly had constructed an ultra-modern slaughter house at Yorogo community, a suburb of Bolgatanga to provide a convenient place for the butchers to effectively and efficiently operate.

On agriculture, the MCE explained that in 2019 about 3,169 farmers benefited from the Planting for Food and Jobs programme, while two dams out of the eight dams under the One Village, One Dam policy were completed and farmers were using them for dry season farming.