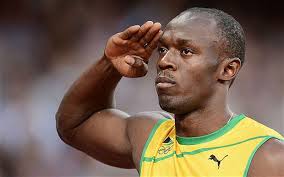 Usain Bolt confirmed on Saturday night that he would retire from athletics after the 2016 Olympics in Rio de Janeiro, despite having hinted that he could be persuaded to continue for at least another year beyond the Games in Brazil.

The triple world record holder, who anchored Jamaica to a brilliant win in the final of the 4×100 metres relay at the?Commonwealth Games?in Glasgow, said: ?I spoke to Michael Johnson, who said he retired because there was nothing else left to accomplish. I?m happy to have achieved everything that I have, but when you don?t have anything left then you might as well retire. I would leave the sport to all the young kids coming through, because I hate losing.?

Bolt had been asked if he would be tempted at the next Commonwealths, on Australia?s Gold Coast, but he said definitively that Rio would be his last major competition.

Previously, he had indicated he might be tempted to stay on through the 2017 season ? by which time he would 30 ? after a backlash from his fans about his original suggestion of stepping away from the track in 2016.

He demonstrated again he was the sport?s golden ticket last night by winning a first Commonwealth title to add to his six Olympic and eight world championship gold medals.