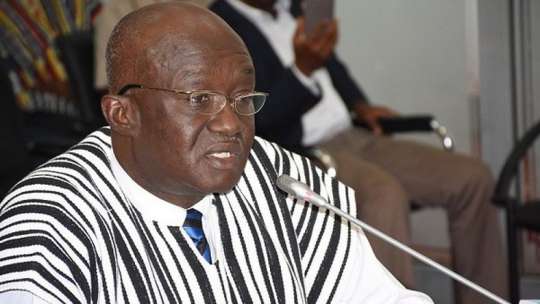 Bolgatanga, Jan 23, GNA-BONABOTO, a Civil Society Organisation made up of natives from Bolgatanga, Nabdam, Bongo and Tongo in the Upper East Region, has disagreed with the Aviation Minister, Mr Joseph Kofi Adda over his proposal to relocate the site of the regional airport.

It would be recalled that President Nana Addo Dankwa Akufo-Addo in one of the events organised in the Bongo District in the region last year promised that the Upper East Regional airport would be cited at Sumbrungu, a suburb of the Bolgatanga Municipality.

The proposed airport at Sumbrungu, specifically has a runway of 120 metres width and a length of 3.5 kilometers and was earmarked for the project in the 1990s, but had since been abandoned.

A proposal by the Aviation Minister to relocate the airport to Paga, where he comes from has generated apprehension and objections from BONABOTO and other Civil Society Organisations and members of the public in the region.

According to Mr Adda, who is also the Member of Parliament for Navrongo Central, clearing the site at Sumbrungu, for the construction of the regional airport would be “a financial loss to the state.”

Speaking on a local Radio station in Bolgatanga, the Aviation Minister, said the Paga airstrip in the Kassena-Nankana West District since time immemorial had proved to be the most suitable and appropriate place for the intended purpose of an airport.

His comments, however, did not go down well with some sections of the public including; CSOs in the region and they have descended heavily on him for trying to take the airport to his hometown.

A News statement signed and copied to the Ghana News Agency in Bolgatanga by Dr Andrew Akulaa, the National President, BONABOTO, stressed that all airports in the country were situated in the regional capitals and noted that in the case of Bolgatanga, which was the regional capital, it was suitable and more convenient for most travelers from all parts of the Upper East and North East regions.

“The strategic location of the airport at Sumbrungu is inclusive in terms of opportunities for Nayagnia, Doba Sirigu, Navrongo and Bolgatanga.

All these communities have equal opportunities for better political economy for all our people. Technically the Paga airstrip was ruled out completely and must not be on the table now for any discussion”, the statement underscored.

It called on the Aviation Minister to desist from using the location of the airport to campaign for re-election in the New Patriotic Party primaries slated for April, 2020.

It also urged members of the public to resist any attempt by the Navrongo Central MP to destabilize the region with his intention to relocate the establishment of the airport to Paga.

Re: Occupyghana LBG Disagrees With Any Further Release Of Achimota Lands

Occupyghana Disagrees With Any Further Release Of Achimota Lands