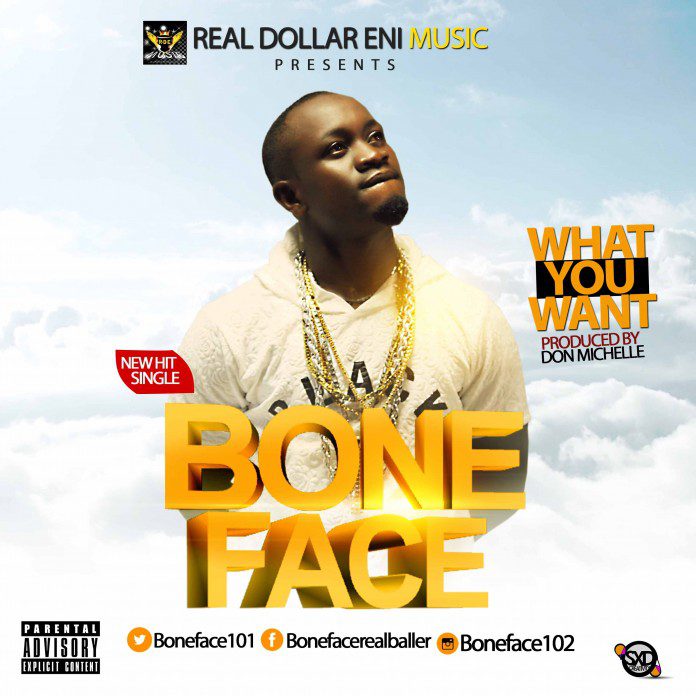 Fanimi Olalekan Oyindamola popularly known as BONEFACE is a Lagos based artist. He is a lyricist, singer, and rapper whose style is predominantly Hip Hop with an infusion of afro style. He dropped “Wonberi” in 2007 featuring and produce by Dollasyno. With his popularity steadily growing within the industry, he has established himself as a force to be reckoned with as an artist and song writer before moving to France.

Boneface is back with this brand new banger called “WHAT YOU WANT”, produced by Don Michelle. He definitely has a lot in store for the future, he his correctly working on his debut album to be release on agreed date by his management. He is currently signed under Real Dollar Eni music (RDEM).