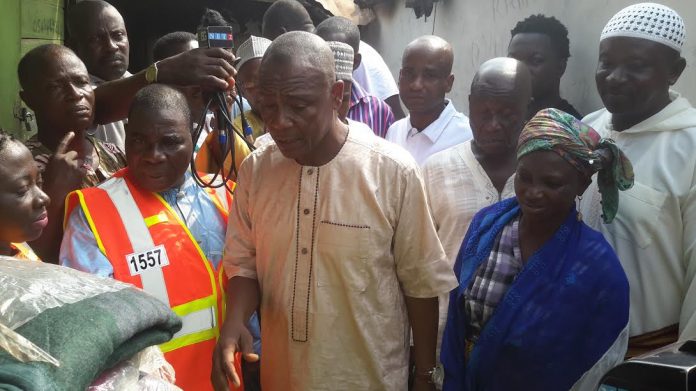 Alhaji Abubakar Saddique Boniface, the Minister-designate of Inner Cities and Zongo Development, has assured Ghanaians that the Ministry would not discriminate in the distribution of resources within the Zongo Communities. 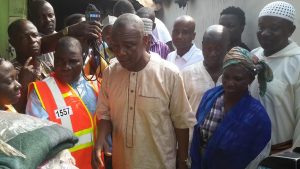 The socio-economic development would not be based on ethnic or religious background.

Alhaji Saddique Boniface, the Member of Parliament for Madina said this when he appeared before the Parliament’s Appointments Committee, in Accra, on Wednesday, for vetting

He said the Ministry would also ensure holistic development of the Zongo Communities and slums across the country.

In order to facilitate the transformation of the Zongo Communities, he said the Ministry had earmarked four priority areas, including infrastructural enhancements, economic and social empowerment as well as cultural promotion and improving the livelihoods of the residents.

He said in the past, Zongo communities were often located at the outskirts of the community, however with the expansion of those communities, the Zongos had been integrated into the towns and cities with people from different ethnic and religious background.

Therefore, he said, the Ministry would improve the drainage system in those areas, rehabilitate schools and road networks, as well as enhance non-formal education, ICT training and give allowances to Arabic instructors to give off their best.

He noted that most Ghanaians did not understand the core mandate of the Ministry, therefore when given the nod, he would embark on aggressive education to educate the citizenry, including the civil society organisations, the media, the non-governmental organisations and political actors to understand its responsibilities and area of operation.

He said about 80 per cent of the lands occupied by the Zongo residents were government lands and, therefore, pledged to dialogue with them through the assistance of the Zongo Chiefs, Chief Imams and influential people within the area to take the lands for development, adding, ‘‘they will be the ultimate beneficiaries after modernising those places’’.

‘‘If the Zongo communities were neglected in terms of infrastructural development, it will create animosity between the Zongos and their elites communities therefore we will strive to ensure equitable development,’’ he said.

Alhaji Boniface observed that Zongo Communities were often associated with unemployment, violence, crime, illiteracy and other social deviant behaviours, therefore, ‘‘We will seek to change such perception and tagging through conscientisation of the populace’’.

According to him, there were about 500 Zongo Communities in the country with varied social, economic and infrastructural needs and the Ministry would collaborate with other ministries in providing their essential needs.

Commenting on the Zongo Development Fund, he said it would require alegislation in establishing the Fund, but it had a seed capital of $50 million dollars, and noted that though it was inadequate, it was hoping that other donor partners would come on board after the Ministry had rolled-out its plans and programmes.

With regard to curbing rural-urban migration, he said the trend had created streetism and slums in the cities and would tackle them with all the seriousness.

‘‘You know some of these women come to the urban centres because they require about GHc200 to buy a sewing machine or start a business, therefore we will roll out programmes to empower them and give them financial support because with GHc5, 000 or GHc10, 000 it will be sufficient for one to start her own business without necessarily coming to the cities,’’ he pointed out.

Addressing the problem of early child-marriages in Zongo Communities, he said the issue of early-child marriage could be traced to poverty and added that since Muslim men were entitled to four wives some were abusing it.

He said the Ministry would conscientise parents to allow their daughters to go to school in order to become responsible adults with the right to choose their life partners.

The Ministry of Inner Cities and Zongo Development would operate and draw its budget from the Office of the President.
Source: GNA