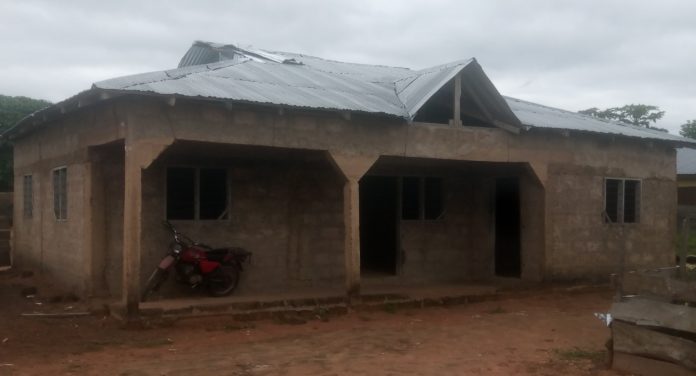 Nana Kofi Acheampong, the Odikro of Bonkrom has appealed to the Kwahu Afram Plains South District Assembly to complete an abandoned Community-based Health and Planning Service( CHPs) compound to promote the quality of healthcare delivery in the area.

He said the uncompleted compound was left to rot for the past 12 year, which the people complained bitterly about.

Speaking in an interview with the Ghana News Agency at Bonkrom, Nana Acheampong said work on the CHPs compound was 80 per cent completed, but all efforts to get the assembly to complete it for the community proved futile.

He said the community had provided accommodation to the health worker posted to the community, adding that the nurse used her veranda as a compound to cater for patients that visited the abandoned facility.

He said they lacked logistics emergency kits, hospital beds and medications to cater for the patients and it was appalling to see pregnant women delivering on a mat donated by some members of the community placed on the floor.

Nana Acheampong said the community had done a lot to keep the place in shape, but had no funding and pleaded with the assembly to bail them out.

He therefore pleaded that the assembly provided teachers’ bungalows and boreholes in the community to end the hustles of teachers and community members.