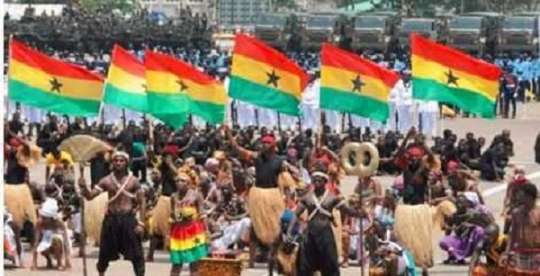 He said strengthening the practices of local culture, lineage, heredity, and moral values generally in the society would instill total discipline in young boys and girls to desist from social vices.

Mr Yeboah made the call on Tuesday when he was speaking in an interview with the Ghana News Agency (GNA) on the need to observe good moral practices, particularly by the youth to make them responsible adults.

It was on the sidelines of a maiden ‘tribal fest’ organised by the Sunyani-based Angel FM, a local radio station with the support of the CNC at the Jubilee Park in Sunyani.

Mr Yeboah emphasised “proper observation of our good moral values and exhibition of the nation’s customary rites through festivals would automatically inculcate into the children (teenagers/adolescents) and the youth the essence of staying away from immoral practices such as LGBTQI+, ritual killings, disrespectfulness, and sexual harassments”.

He, therefore, pleaded with the regional houses of chiefs, the media, family heads, Assembly Members, parents, and all stakeholders to collaborate and roll out cultural and traditional events to educate the youth on the moral values, customs, and traits of the Ghanaian society.

The ‘tribal fest’ is a three-day cultural promotion event that brings all tribes in the Sunyani Zongo community, led by the chiefs and elders to display their respective cultures to educate their young men and women.

The tribesmen and women of the participating tribes living in other towns and cities like Accra, Kumasi, Wenchi, Goaso, Techiman, Banda, Bechem and Sampa join those in Sunyani to participate in the festival