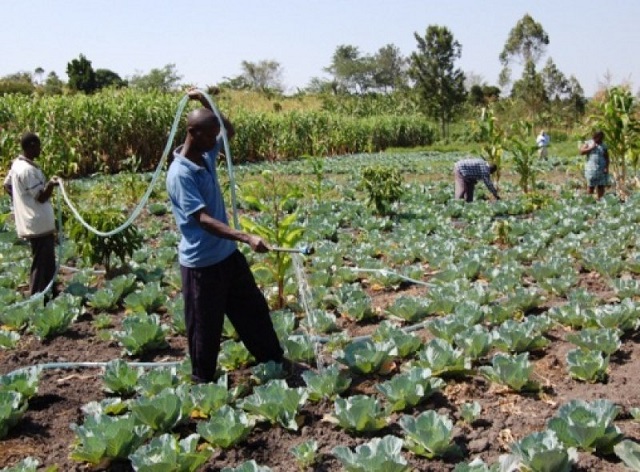 Mr Kwasi Adu-Gyan, the Bono East Regional Minister, on Thursday expressed his determination to transform agriculture and create employment for the teeming unemployed youth in the region.

He said the agriculture sector was unattractive because farmers lacked credit facilities to go into commercial production and a ready market for foodstuff and agriculture produce.

Mr Adu-Gyan said this when the Bono, Bono East and Ahafo Regional Executives of the Ghana Journalists Association (GJA) paid a courtesy call on him at Techiman, the regional capital.

He said his administration had prioritised the One-District-One-Factory (1D1F) initiative and would ensure that Bono East is a ‘perfect destination of 1D1F for agro-processing in the country.”

Mr Adu-Gyan said the Local Government Act 2016 mandated Regional Coordinating Councils to supervise and monitor the operations of the Municipal and District Assemblies and he would go an extra mile to ensure the agriculture sector fetched jobs for many of the youth in the region.

He tasked the GJA in the region to organise periodic refresher training courses, particularly for upcoming media practitioners, to enhance high ethical standards.

Larry Paa Kwesi Moses, the Bono, Bono East and Ahafo Regional Chairman of the GJA, congratulated the minister on his appointment and assured the association would partner with the RCC to facilitate the development of the region.

As a new region, he underlined the importance for the Minister to promote effective collaboration with the media to help sell the potentials of the region and to attract investors.