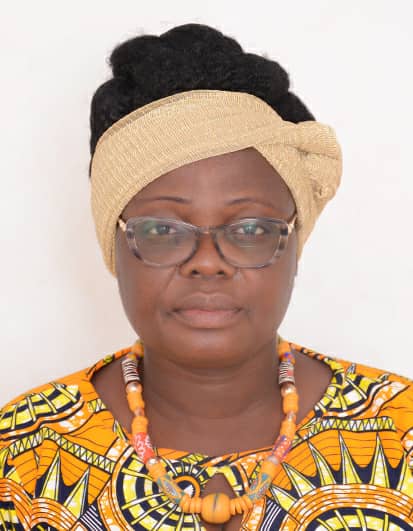 Bono Regional Minister, Hon. Justina Owusu Banahene has called on traditional authorities to support her administration to give of her best in the administration of the Bono region.

Hon. Regional Minister made the appeal at Atronie Palace when paid a courtesy call on the Nananom and the people of Atronie after being sworn into office by the President, Nana Akuffo-Addo as the new Bono Regional Minister.

Hon. Justina Owusu Banahene said she will need support and cooperation from Nananom to achieve the President’s goals and vision for the Region.

He said the region had enormous potentials and if well harnessed, would help bring the needed development it desired.

The Minister again called for the support and cooperation of not only traditional leaders but religious bodies and opinion leaders and residents in the region to collectively help to accelerate the development agenda of the area.

Justina Owusu Banahene expressed her profound gratitude to her predecessor, Evelyn Kumi Richardson for steering the affairs of the region for which she is taking over to continue to work hard to retain the trust and confidence the chiefs and people have in President Nana Addo Dankwa Akufo-Addo, who she represent here at the region.

She pledged to operate an open-door working relationship with the chiefs and people, as well as development partners to bring development to the region.

“I wish to assure the chiefs and people of the region that I will operate an open-door administration where every good idea or input towards the development of the region will be considered.

I will engage all the stakeholders in the region to familiarize with them and solicit their support for the implementation of good policies,” she stated.

Earlier Justina Owusu Banahene paid similar courtesy on Nana Besim-hene. Barimah Kumi-Acheaw II and his elders at his residence at Abesim, from there the Regional Minister visited Nana Sunyanihene, Nana Bosoma Asor Nkrawiri II, at his residence at airport residential area and made similar appeal.

She was met on arrival at Abesim by the officers of the regional Coordinating Council lead by the chief Director, regional and constituency party executives, Municipal Chief Executives for Sunyani West and dean of Bono MMDCES, Hon Martin Obeng, Family members, friends and few teeming supporters of the party.