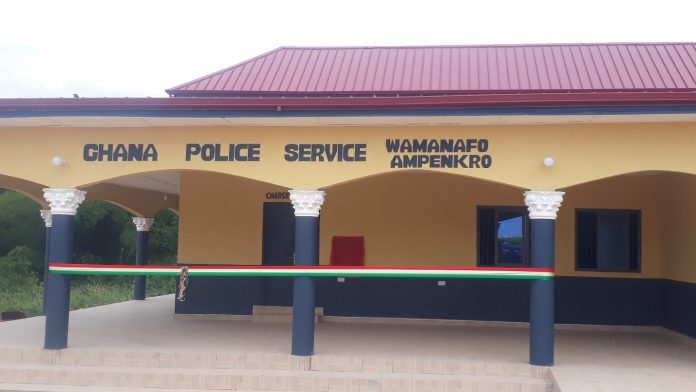 Madam Justina Owusu-Banahene, the Bono Regional Minister, has urged the general public to support the Police in crime prevention to build a safer society for all.

She said modern policing was a shared and collective responsibility, saying the Police depended on information from the public to succeed in fighting crime.

Mad. Owusu-Banahene gave the advice when she inaugurated a new Police Station at Wamanafo-Ampenkro in the Dormaa East District of the region.

The Police Station has a charge office, male, female and juvenile cells, washrooms, and offices.

The Deputy Commissioner of Police (DCOP) Godfred Owusu Boateng, the Bono Regional Police Commander admonished the Police personnel to exhibit a high sense of professionalism in the discharge of their duties.

“You must endeavour to remain impartial, truthful, and professional in crime combat”, he said and advised the personnel to also build a good police-civilian relationship in the area.

“I, therefore, advise the people to be committed to protecting this facility to safeguard the prevailing peace in the area”, he said and appealed to the Police Administration to deploy more personnel to enhance the security of the District.