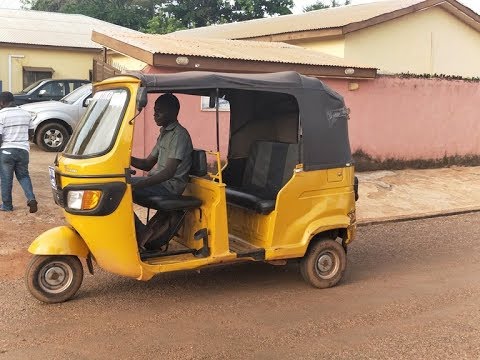 The Bono Regional Coordinating Council (RCC) has lifted the ban on the use of tricycle (pragyia) by fare paying passengers, and cautioned riders to adhere to safety measures.

The RCC has also directed owners of the tricycles to stop minors from using the machines and ensure that riders picked two instead of three passengers at a time.

Barely a month ago, the RCC imposed a ban on the use of the tricycles a means to stem the spread of the COVID-19 in the region.

Critics described the ban, which received serious public outcry as unnecessary as it created huge unemployment among the youth in the region.

But, in an interview with the Ghana News Agency (GNA) in Sunyani on Thursday, Mr. Stevens Siaka, the Deputy Bono Regional Minister said the RCC had directed the Regional Executives of the Motor Cycle Owners and Tricycle Riders Association to ensure riders acquired license.

He said the RCC intended to present quantities of nose masks to the Association to be distributed among the riders to protect themselves and passengers who used their machines.

Mr. Siaka who is the Member of Parliament for Jaman North said concerted and decisive efforts were required to successfully stem the spread of the virus and advised the public to comply with government directives on health and safety protocols.