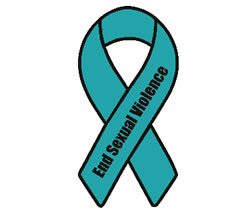 Mrs. Joycelyn Adii, the Bono Regional Director of the Department of Gender says sexual and domestic violence are rising in the region and asked all to support and bring the situation under control.

She also urged victims of rape, defilement and sexual harassment and abuses to be bold enough and report perpetrators for prosecution, regretting that some victims failed to report cases because of fear and societal stigmatisation.

Speaking in an interview with the Ghana News Agency (GNA) in Sunyani, Mrs. Adii said unless victims reported cases, it would be difficult to identify and prosecute perpetrators of sexual violence.

She indicated that sexual violence remained one of the worst forms of human rights abuses that left victims in emotional and psychological trauma, thereby impeding their growth and development.

Mrs. Adii said it was unfortunate that some perpetrators of sexual and domestic violence went scout-free because some victims were afraid to report them and urged the public to be watchful and help identify women and girls going through various forms of human rights abuses and exploitation.

On Female Genital Mutilation, the Gender Regional Director said the situation in the region had gone down drastically, but not eliminated, and advised the public to be on the watch so that attempted cases could be identified and rescue victims.

Though tradition and culture portrayed the identity of the people, Mrs. Adii said outmoded traditional practices inimical to the growth and development of women and girls ought to be abolished in the country.

FGM is still common in parts of Bono region