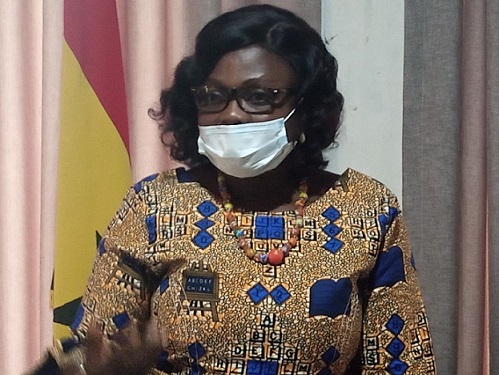 Madam Justina Owusu-Banahene, the Bono Regional Minister, has acknowledged the enormous contribution of the media to national development.

She said the media had excellently played its role in nation-building and urged the media to offer constructive criticisms to help build a better society for all.

At a meeting with the media in Sunyani, Madam Owusu-Banahene said as the Fourth Arm of Government, the media could not be sidelined or neglected in national development processes.

She said her administration would actively engage the media in tackling the region’s development challenges.

“We strongly required your support to build a better society. You serve as an indispensable tool and I would personally need suggestions from you to push the development of the region forward. I can’t succeed without your support and I hope you would never let me down,” She said.

Madam Owusu-Banahene said the Bono Region had huge economic potentials that could be harnessed for rapid socio-economic development and called on the media to explore and sell the potentials of the region to attract investors.

The Regional Minister underscored the need for the media to highlight teething developmental challenges in rural communities to attract support and help address those challenges.

She indicated her administration alone could not shoulder the responsibility of development in the region and appealed to the media to use its constitutional powers and influence to advance the development of particular, local communities in the region.

Madam Owusu-Banahene noted the Bono Region still lagged in development and called on the people of the region to bury their political differences, forge ahead in unity and help address the developmental challlenges in the region.

The media raised several issues including the deplorable condition of Sunyani town roads and abandonment of construction work on the Bono Regional library and appealed to the Regional Minister to expedite action and help improve the situation.